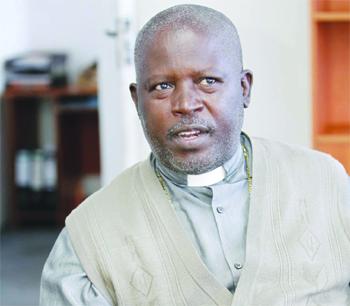 By KABANDA CHULU
MINISTER of Finance Alexander Chikwanda has sued Anglican priest Richard Luonde for alleged defamation.
According to a statement of claim filed in the Lusaka High Court, Mr Chikwanda said Father Luonde caused to be published in the Post newspaper edition of August 18, 2014, a story headlined: â€œChikwanda is double-dealing with the mines and eating with two hands.â€
Mr Chikwanda claimed that other alleged defamatory stories that were published in the Post under headlines: â€œFr Luonde challenges Chikwanda to explain his role in Sigma Enterprisesâ€ and â€œZambians are living dangerously by having a Finance minister whose interest is to protect mining companies so that his supply business remains profitable,â€ were defamatory.