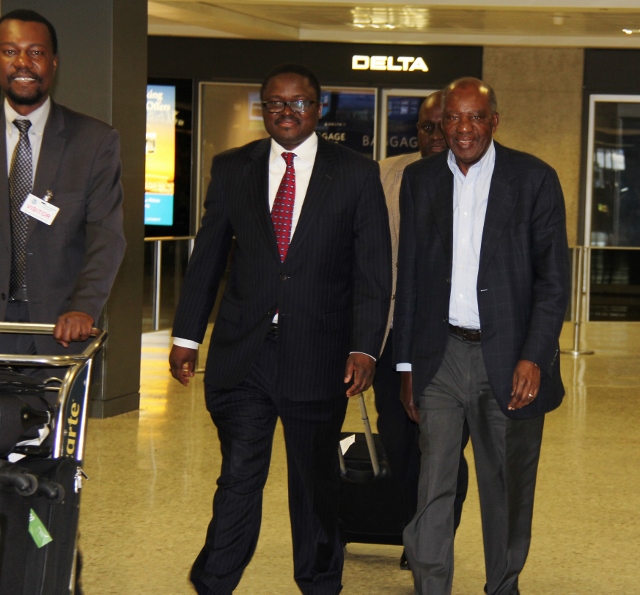 CHRISTINE CHISHA, Lusaka
MINISTER of Finance Alexander Chikwanda has urged diplomats to continue selling Zambia as a bankable investment destination.
Mr Chikwanda said Zambia has exceptional attributes such as being a role model for peace, a good climate and rich soils.
Mr Chikwanda was speaking at the Zambian Embassy in Washington DC, United States (US) when he paid a courtesy call on Zambiaâ€™s Ambassador to the United States Palan Mulonda.
This is according to a statement issued by first secretary at the Embassy in Washington Patricia Litiya.
The minister briefed the diplomatic staff on the situation in Zambia and stated that the country is facing some challenges especially in view of the vulnerabilities experienced induced by external shocks.
â€œThe countryâ€™s dependence on commodities, along with Chinaâ€™s recent economic slowdown, which contributed to the low copper price, had strained Zambiaâ€™s foreign exchange position,â€ Mr Chikwanda said.
Mr Chikwanda applauded the leadership of the ambassador and encouraged the diplomats to continue with the spirit of good workmanship.
Mr Mulonda briefed the minister and his delegation on the state of bilateral relations between Zambia and the US.
He stated that the US administration held Zambia in high regard as evidenced by the high accolades given to the country by officials at various levels, with the recent peaceful presidential election reinforcing this good perception.
Mr Mulonda said Zambia was considered a leader in democracy on the continent.
Mr Chikwanda is in the US to attend the 2015 International Monetary Fund (IMF)/World Bank spring meetings.