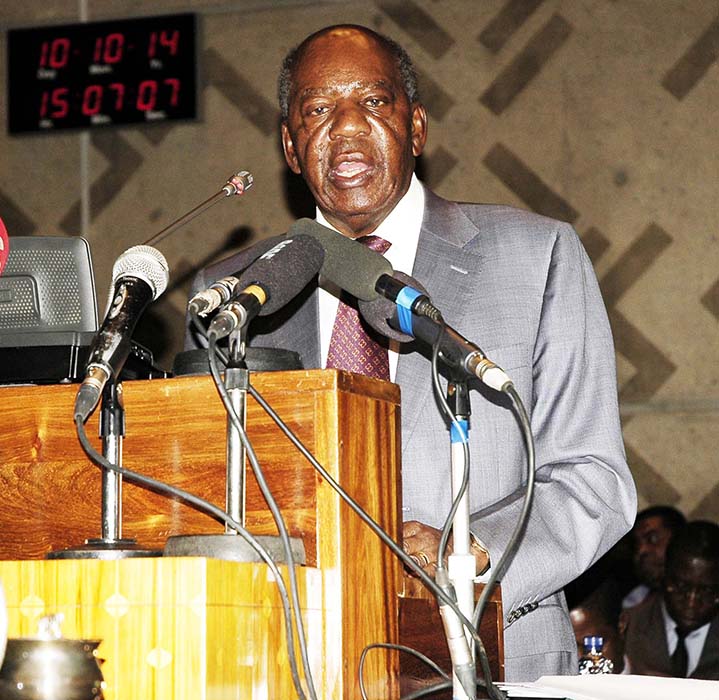 STEVEN MVULA, Lusaka
SPEAKER of the National Assembly Patrick Matibini has directed the Minister of Finance to issue a statement as to why the local currency, the Kwacha, has slid back remarkably against the United States dollar.
Dr Matibini issued the directive following a point of order raised by Chadiza MP Allan Mbewe (MMD) who wanted to know Governmentâ€™s position of the Kwacha, which has fallen to about K12.25 per dollar.
â€œMr Speaker, I wish to rise on a very serious point of order. Why is the Minister of Finance (Alexander Chikwanda) seated there comfortably and drinking government water when our Kwacha is sliding against the dollar?â€ Mr Mbewe said, causing laughter in the House.
The Chadiza legislator contended that the volatility of the Kwacha has caused panic among people, including marketeers.
In response, Dr Matibini instructed the Minister of Finance to issue a comprehensive statement on the state of the Kwacha.
â€œI hereby direct that the Minister of Finance issues a ministerial statement explaining to this House and the nation the state of the Kwacha,â€ he said.
Meanwhile, Zambia Federation of Employers (ZFE) president Tyson Bruno Chisambo has called on Government to put in place drastic measures that will address the depreciation of the Kwacha, VIOLET MENGO reports.
Mr Chisambo said the rate at which the currency is depreciation is worrying and makes doing business difficult.
â€œWe are calling upon Government to, if need be, call for an indaba on the matter,â€ Mr Chisambo said.