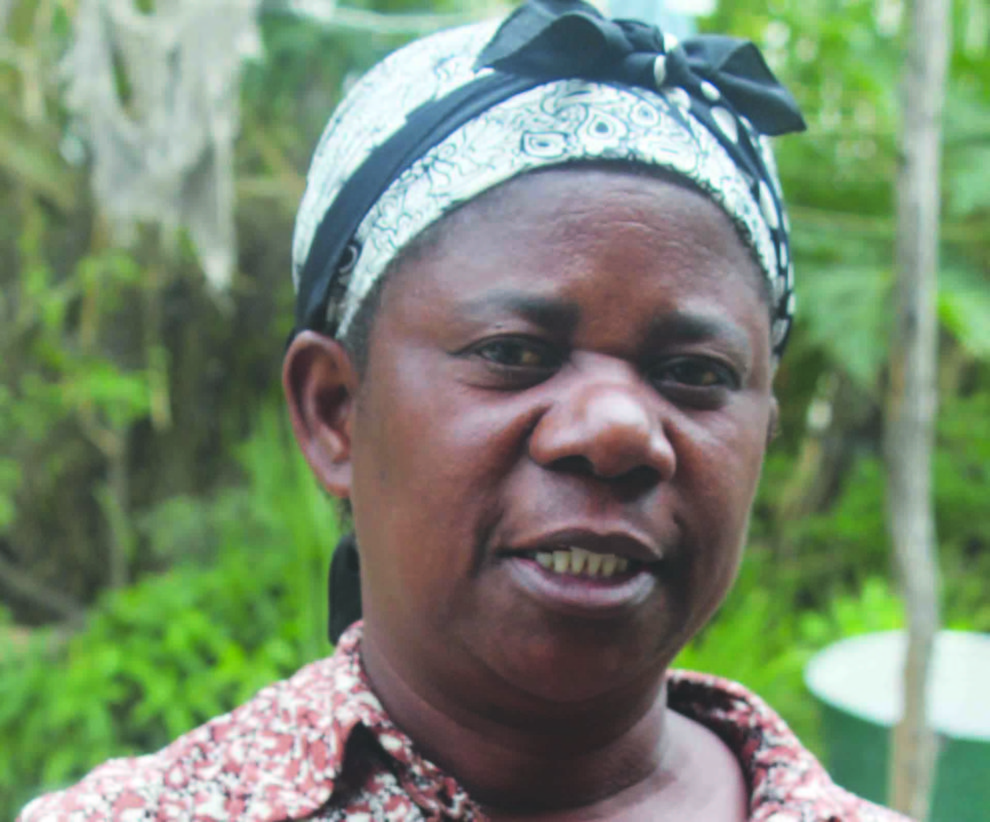 YANDE SYAMPEYO, Lusaka
IN THE early 80’s, Dainess Kanyepa Kalunga spent nights on a queue to stand a chance to buy buns in bulk at a bakery for resell.
As years went on, Dainess, of Lusaka’s Garden area found reselling buns unsustainable and quite strenuous and she began to look for an alternative venture.
It was a time when life was economically hard, with shortages of essential commodities.
Queues were the order of the day.
One day, Dainess’ neighbour, whom she only identified as Mrs Chipeta, introduced her to a new venture of cooking African polony, locally known as chikanda.
Chikanda is a delicacy among most Zambians, with some households using it as a relish for nshima.
It is also a common “ special” at bars and taverns where women take a vantage point to sell to revellers.
With urbanisation, it now features in restaurants around the country.
With time, Dainess mastered the art of making chikanda and she has since then been doing it for the last 29 years.
Chikanda is made up of pounded groundnuts, chikanda powder, soda, chilly and salt.
The main ingredient is the chikanda, a bulbous root obtained from the wild, it is washed, dried and pounded into a course powder.
Dainess, who was born and raised in Kabwe, could not make it to Grade 8 ( Form One) in 1978 and she got married to Cosmas Kalunga.
She says her husband, who is also a Grade Seven drop-out worked at the University Teaching Hospital (UTH) as an office assistant and his income was inadequate for family upkeep.
“In the past, government employees got very little money and life was really unbearable for us.
She does not remember how much her husband earned in the 80’s but she recalled that from the year 2,000, he earned K450 to cater for the needs of a family of nine.
He retired in 2007.
Determined to make a difference in the family upkeep, Dainess resolved in 1989 to work extra hard to establish the selling of chikanda to earn some income.
Initially, she and her friend, Mrs Chipeta sold the chikanda by the roadside in Old Garden area, but later extended their reach to the Central Business District (CBD) of Lusaka.
“I woke up as early as 04:00 hours to cook chikanda. By 10:00 hours, I would be moving around the city in search of clients and by 14:00 hours, it would be sold out,” she recalls.
Today, Dainess’s determination has paid off as she has established clients at various public and private institutions such as the Zambia Revenue Authority (ZRA), Zambia Daily Mail, Zesco, and Honda Zambia.
She also gets orders from some of her clients for occasions such as kitchen parties, weddings, Matebeto and ordinary parties.
Although business has been slow from December to date due to the cholera that had ravaged Lusaka, Dainess makes portions of chikanda in a day, which are mostly pre-orders.
‘I have a small portion which fetches K25 and another one for K40. I also make an extra-large portion which I cut into smaller pieces for other clients. In a day, I go home with about K400,” she says.
Dainess, says the cost of producing chikanda is high at times when the cost of groundnuts and chikanda bulbs goes high.
“As we speak, the cost of these two key ingredients is quite high,” she laments.
Dainess, who also makes the chikanda based on customer specifications, takes pleasure in seeing a satisfied client.
And on public beliefs that some people use all sorts of charms to make the chikanda to attract more customers, Dainess advises against the trend.
She feels it is inhumane for any trader to sell food that poses a risk to the health of the individuals.
“I have heard of stories that some people use basins that they use for bathing to make the chikanda. I do not practise such as I am a firm believer of producing clean and healthy food.
“As traders of food, we need to be mindful what we serve our customers and know that their well-being is cardinal to our livelihood. Ever since I started this business, I have never received a complaint from my customers regarding the state of the chikanda,” she says.
Surprisingly, Dainess, who has been producing chikanda for the past 29 years, never gets tired of consuming it.
“As a family, we at times use the chikanda as a side dish for nshima, there is no getting tired of this delicacy,” she says.
As a future plan, Dainess, 58, plans to venture into another business as she is slowly losing the strength required to produce the local delicacy.
“When I first started making chikanda, I was young and had the strength but now I’m growing old. My plan is to venture in trading of African fabrics locally known as Chitenge once funds permit,” she says.
Out of chikanda, Dainess has been able to send her children to school, two of whom are now in employment.
She is happy her husband and children are supportive of her business and at times assist her in preparing it.
Dainess advises couples, especially women, to avoid the temptation of wholly depending on their spouses for their livelihood.
“Even if your husband is in employment, I believe a woman should always stand up for her family as two hands are better than one. Usually, if a couple is not supportive of each other, this becomes a source of conflict in a home,” she says.