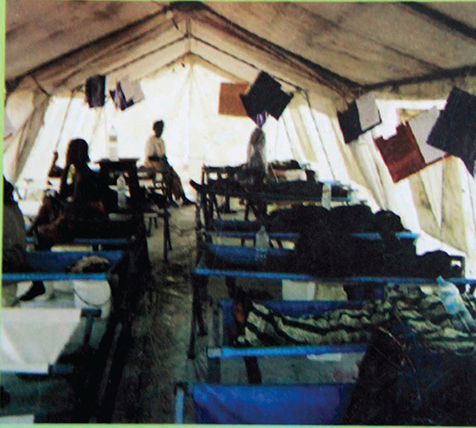 CATHERINE MUMBA, Lusaka
THE Ministry of Health has declared Chienge district in Luapula Province cholera-free after containing the disease, which

broke out in February this year.
Ministry of Health spokesperson Kennedy Malama said at a press briefing yesterday that the district has not recorded any cholera case in the last one month and the figure still stands at 82.
Government was compelled to close down three primary schools and all fishing camps situated along the Luapula River and Lake Mweru when the disease broke out in February.
“With cholera, what we normally do is that if we do not record any new case in two weeks, then you can say that particular outbreak is over,” Dr Malama said.
He commended traditional leaders, health personnel and the people of Chienge for positively responding to the interventions that were put in place by government to contain the outbreak.
On the typhoid outbreak, Dr Malama said as of Thursday, 162 cases were recorded in Mpika district in Muchinga Province with two people being treated.
He said typhoid cases in Lusaka’s Kalingalinga township standsat 138 and that only one is still undergoing treatment.
And the ministry has clarified that the 980 deaths that were reported to have been recorded at the University Teaching Hospital (UTH) within three weeks in March did not involve patients at the institution but burial permits issued by the Lusaka City Council (LCC) within that period.
“On the famous 980 deaths, those figures were gotten from the burial permit issuance office at UTH. The deaths reported by LCC represented the number of burial permits obtained within three weeks from people who died in different ways such as road accidents, from their homes and other institutions,” he said.