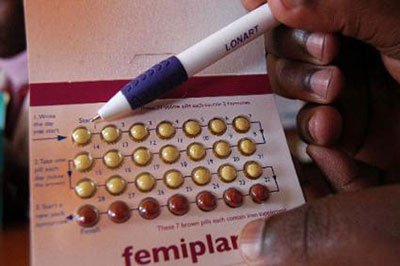 THE call by Chieftainess Waitwika of the Namwanga people in Muchinga Province for non-governmental organisations (NGOs) to revisit the administration of contraceptives to school-girls should be heeded and treated with the seriousness it deserves.

The chieftainess is concerned that provision of contraceptives to schoolgirls in the name of preventing unwanted pregnancies is contributing to moral decay in the country.

She lamented that a number of unmarried girls in her chiefdom are on long-acting contraceptives provided by some NGOs giving them the liberty to indulge in sex.
“I have noticed that girls, especially those who got pregnant but went back to school after delivery, are put on contraceptives to prevent them from conceiving again. I feel this is just promoting immorality,” Chieftainess Waitwika said.
We could not agree more with Chieftainess Waitwika. There is no way one can encourage the use of contraceptives among young and unmarried people without endorsing promiscuity.
Some NGOs advocating the provision of contraceptives to school-girls have argued that the move is aimed at preventing pregnancies, which are rampant.
They argue that we cannot continue to burry our heads in the sand and pretend that young people are not indulging in sexual activities.
While it is acknowledged that young people are engaging in sexual immorality, providing contraceptives is not a solution either.
It is actually like digging a hole to fill another hole.
In the first place, contraceptives are meant for married people to plan their families. What families do these school kids have to plan?
Research has revealed that distribution of contraceptives in schools has potential to psychologically incite and corrupt young people to indulge in premarital sex, knowing that they will not suffer the consequences of pregnancy.
We know that some young people abstain from sex for fear of getting pregnant or infected and being discovered by parents and school authorities.
However, if contraceptives are distributed to school children, we are giving them false assurance that they can go on and indulge in sexual activities without getting pregnant and subsequently discovered by parents and school authorities.
Sex, being an addiction, once it corrupts the mindset of school children, can negatively affect their school performance and their future.
Giving our school children contraceptives also corrodes their morals to think that premarital sex and sex outside marriage are permissible as long as they do not get pregnant or infected. The Bible, to which we subscribe as a Christian nation, says sex outside marriage is sin.
The Bible in Proverbs 22:6 says train up a child in the way he should go, and when he is old he will not depart from it.
If we endorse the indulgence of young people in sexual activities now, we should as well brace for morally bankrupt future leaders who will have no regard for marriage vows, and subsequently high divorce rates.
While NGOs advocating distribution of condoms are concerned about preventing pregnancies, we agree with Chieftainess Waitwika that we should be more concerned about the moral degradation of our society.
Those who advocate distribution of contraceptives among school-girls should understand that teen pregnancies are just a symptom of moral decay.
Instead of trying to treat the symptoms, we need to deal with the root cause of moral decay in our society.
The starting point is to inculcate values of self-control in our children.
Let us work to inculcate responsible and good behaviour instead of encouraging depraved behaviour. Families, churches and schools should work together to ensure that we raise morally upright future leaders.
In doing so, we need to protect young people from negative exposure with potential to corrupt their morals.
As a Christian nation, we need to embrace biblical teachings in finding solutions to some of our vexing problems.
Instead of distributing contraceptive pills and condoms to school children, let us give them moral teachings and Bibles as was the practice some time back.
We appeal to the conscience of those who advocate distribution of contraceptives in schools to introspect if their advocacy is out of conviction or for economic gain.
It is a bare fact that such advocacy comes with lucrative financial gains for those involved.
But shall we sacrifice the souls of our future generations for anything?
Posterity will judge us harshly.

Yes, it’s time to move on
No fuel reduction is too small