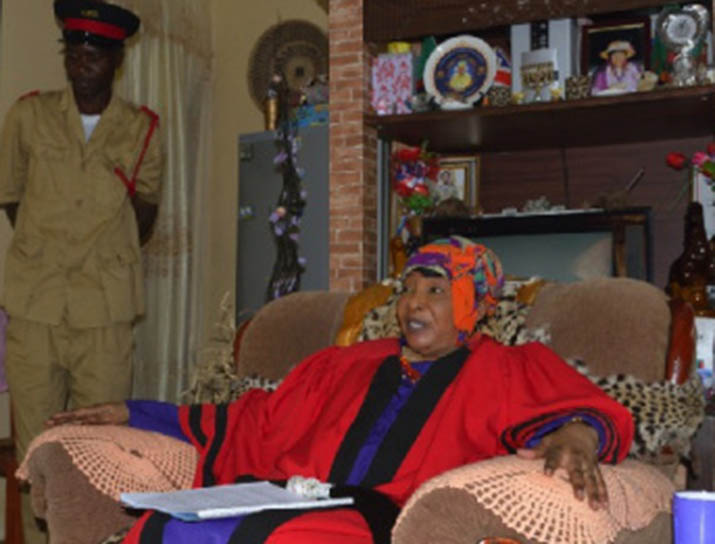 NOMSA NKANA, Chikankata
CHIEFTAINESS Mwenda of the Basanje Establishment in Chikankata district says the media has played a pivotal role in reducing gender based violence cases in her chiefdom.
The traditional leader also said radio programmes on GBV are creating an awareness among women who are now coming out in the open to discuss the vice.
She said this at her palace when the Water Sanitation and Hygiene (WASH) media network visited her to discuss various issues among them sanitation.
According to the chieftainess, women are responding to call-in programmes on radio to talk about the vice.
â€œThe media has created a lot of sensitisation on GBV and women are now learning to speak out,â€ she said.
She also said the media has created a platform on which women can freely express their plight and get help with regards to GBV.
And Chieftainess Mwenda said the media has done a lot to eliminate Open Defecation (OD) in her chiefdom.
She said the vigorous campaigns on radio to sensitise the masses on the dangers of OD have created behavioural change among her subjects that they have now began to construct pit latrines.
â€œWithout media, we would have achieved nothing in the area of sanitation,â€ she said.
The traditional leader also said the only radio station in Chikankata is in dire need of finances if it has to continue its programmes that have been of benefit to the community.
To this effect, she has called on well-wishers to help fund the media house in order for it to maintain its staff.
Meanwhile, Chieftainess Mwenda has denounced some of the teachings taught to young women during initiation ceremonies.
She said the teachings are the cause of why young girls are engaging in sex.
The traditional leader has therefore called for a review of the teachings which she said are leading children into sin.