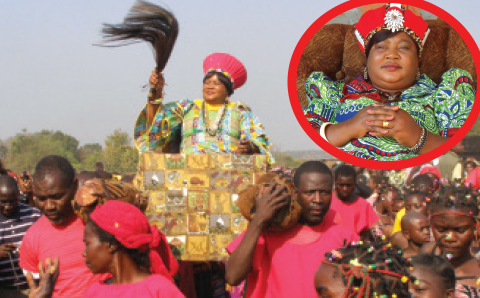 NOMSA NKANA, Lusaka
DURING recent celebrations in Serenje where Chibale chiefdom was declared Open Defecation Free (ODF), Chieftainess Malemebeka of Mpongwe district resounded the call for all traditional leaders, particularly female leaders to spearhead the sanitation drive in their chiefdoms.
An outspoken traditional ruler, Chieftainess Malembeka of the Lamba people has become the first female traditional leader not only in Zambia but in Africa, to become a sanitation champion.
She achieved this status through her resilient involvement in the Ministry of Local Government (MLGH), Community Led Total Sanitation (CLTS) programme which was first rolled out in Zambia in 2007.
Since the introduction of CLTS in her chiefdom in 2008, Chieftainess Malembeka has used her influence as a traditional and community leader to change the mind-set of her people, to appreciate the importance of building sanitation infrastructure with own resources, to improve their health and dignity.
Before having any knowledge of CLTS, Chieftainess Malembeka had to undergo â€œtriggeringâ€ (a process of getting a community to realise the negative effects of open defecation and committing to making changes) by Chief Chona of Monze, Southern Province.
Following that process, in 2009, she and her leaders went through a training workshop for champions, conducted by Chief Macha of Choma, whose chiefdom was the first in Zambia to be declared ODF.
She recalls her reaction when she was taken through the triggering process.
â€œThere was a part of the training called â€˜the walk of shameâ€™, to the areas where people defecate openly. Fresh faeces were brought to us on a shovel and placed on the ground next to food allowing flies to dart between the two.
â€œThe smell was bad. And then they did the unthinkable, they asked us to eat the food. I said to myself, aikona man! Who can eat this? I was so full of nausea because the faeces were diarrhoeal in nature. I failed to eat when I got home, but the message had sunk in; we were actually eating and drinking our own faeces by defecating openly,â€ she said, with a look of repulsion.
But that is how she got â€˜convertedâ€™ and became an enthusiastic sanitation champion going around her chiefdom sensitising her subjects about the dangers of poor sanitation.
The following weeks and months, she would hold meetings with her headmen, councillors and other leaders in the community, sensitising them about CLTS often saying to herself, I will be the sixth chief to be ODF.
She told her subjects it is costly to not have toilets as they would incur medical costs when family members fell ill.
Chieftainess Malembeka and her leaders traversed the chiefdom telling her subjects to stop OD by constructing toilets.
She and her village committee taught the subjects to construct adequate pit latrines (ADL) three meters deep, a superstructure, and a floor with smooth slab, a squat hole with a lid cover, handwashing facilities and soap or ash.
â€œI told them poor sanitation was the reason children from 0-5 years were dying. Oral rehydration salts were in short supply. I also warned those resisting to construct toilets that I would chase them to other chiefdoms where upon arrival, they would be required to first build toilets,â€ she said.
Her quest to implement CLTS, however, did not go without challenges as some widows complained that they could not afford to build a toilet.
Other subjects were set in traditional beliefs saying they could not use the same toilet with an in-law.
To that she asked them: â€œWhat is better, to meet with in-laws when going or coming from the toilet or eating your own faecal matter?â€
â€œI told them there is no dignity in going to the bush,â€ she said.
After robust sensitisation, her subjects began to construct toilets until more than 3,417 households built toilets and handwashing facilities with soap and ash.
But Chieftainess Malembeka understands that sustenance of ODF status is key.
Therefore to maintain the status, the village champions have continued to go around the chiefdom ensuring that all households have ADL with handwashing facilities.
And during traditional ceremonies, the traditional leader awards the cleanest village, a move that has made the communities compete for the prize by maintaining high levels of cleanliness and hygiene.
Chieftainess Malembeka was born Rhoda Mwanza, whose Father hails from Petauke district in Eastern Province under Chief Ndake, village Kaminza.
Married to Christopher Mutembo, her ascendance to the throne was matrilineal, where she became chieftainess after five men had ruled the chiefdom.
Growing up, she never thought she would be a chieftainess, but her brother, Davison Shifumbe, who was chief then, asked her and her sister to succeed him but they declined.
It so happened that when her brother fell ill, she had no choice but to act as Chieftainess Malembeka, presiding over several cases which included witchcraft, adultery and others.
Unbeknown to her, before her brother died, he informed other neighbouring chiefs, traditional councillors and Government that he wanted Rhoda Mwanza to become the next traditional leader.
And in May 2001, she was crowned Chieftainess Malembeka of the Lamba people of Malembeka chiefdom in Mpongwe district. 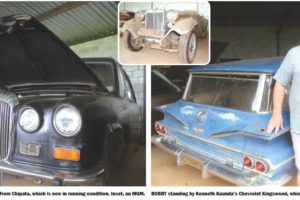