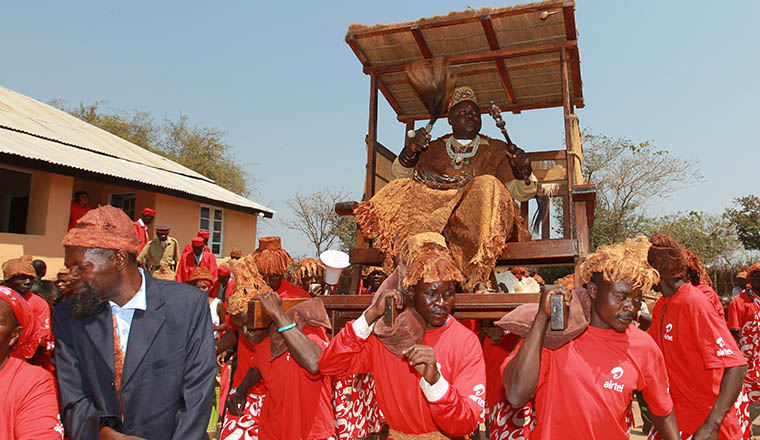 STEVEN MVULA, Lusaka
SENIOR Chief Putaâ€™s retainer Peter Muswe, 40, has been murdered by supporters of deposed sub-chieftainess Mwabu Kasenge in Chienge, Luapula Province, deputy police commissioner Webby Shula has said.
Another man is battling for his life at St Paulâ€™s Hospital in Nchelenge while several others, including senior Chief Putaâ€™s nephew, sustained deep cuts after being hacked in the incident on Monday.
Mr Shula said in an interview yesterday that police have arrested and detained four people to help with investigations.
Mr Shula refuted assertions that Mr Muswe was murdered by Mai-Mai insurgents from the Democratic Republic of Congo (DRC).
â€œIt is not true that the Mai-Mai militias were involved. Chief Puta had mobilised his headmen to go and raze chieftainess Mwabu Kasengeâ€™s palace, which she had built a week before.Â  But when they reached at the new palace, they were met with bows and arrows, spears and machetes resulting in the death of the chiefâ€™s retainer.Â  Others were injured and are admitted to hospital,â€ Mr Shula said.
He advised Senior Chief Puta to take the matter to the Ministry of Chiefs and Traditional Affairs or to court.
â€œThe feud amongst these people dates back to the 1970s and at one time the chieftainess was chased from the land and she sought refuge in the DRC. She is actually an old lady.Â  She is 86 years old and it is her supporters who reacted angrily to the chiefâ€™s emissaries,â€ Mr Shula said.
Chief Puta superintends over the Bwile people of Chienge district in Luapula Province.
But sources from the Bwile Royal Establishment insisted that chieftainess Mwabu Kasenge had hired Mai-Mai militias to protect her, resulting in the death of the retainer.
â€œWhat is baffling me is that the police and the provincial administration were fully aware of the impending catastrophe but no action was taken to avert it. And in our tradition, we do not use bows and arrows. It seems someone has been scaring the police to carry out their work. Police could have prevented this loss of life,â€ said the source who preferred to be anonymous.
The source said chiefsâ€™ retainers are law-abiding and were not armed in any way but were merely enforcing the customary law.
â€œThe chiefâ€™s representatives were met with unpredictable violence and the retainer was killed in his official uniform,â€ the source said.