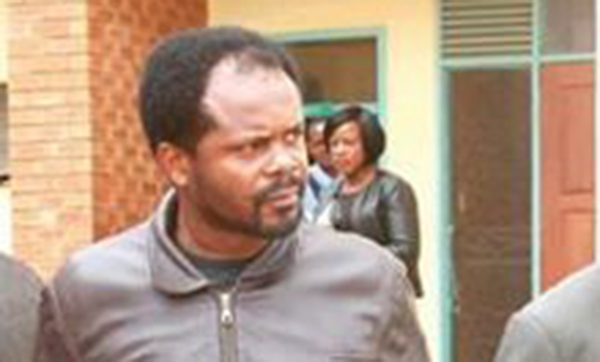 KELVIN KACHINGWE, Lusaka
CHENDA, a film written by Holland-based Zambian writer Ivory van der Boom and directed by Owas Mwape under Owas Crystal Films, is this evening expected to premiere at Freshview Cinemas in Lusaka.
This is Owasâ€™ first movie since his release from jail.
â€œWith the movie Chenda, I decided to cast my net wider and bring in Malawian award-winning actress and Africa Movie Academy Awards (AMAA) nominee Flora Suya.
â€œI have my sights set on the international film industry and so it made sense to open up the Zambian film industry to foreign talent,â€ Owas said.
â€œZambia has talented movie-makers and writers, which is why an arrangement such as this is beneficial to both Flora and to the Zambian film industry.â€
He said Chenda has given Flora another golden opportunity to demonstrate her talent while her appearance in the movie has opened up a pathway to the international film platform.
â€œItâ€™s a win-win situation. A few years from now, I envision Zambian movies including international actors from all over Africa.
â€œI recently decided to put all my efforts into film-making under my new production house, Owas Crystal Films Productions,â€ Owas said.
He said it is not a choice that many people in contemporary Zambia understand, but through perseverance and dedication, he hopes to help grow the Zambian film industry into one that all Zambians can be proud of.
Chenda is about a proud and bitter woman, who, piqued by her husbandâ€™s infidelity, struggles to remain faithful when her husbandâ€™s friend comes to live with them.
Chendaâ€™s dream of having a family was ruined by her husband Kelâ€™s (Mingeli Palataâ€™s) infidelity with a komboni girl (Dambisa Lunda). Kel, to no avail, does his best to make amends with Chenda (Flora Suya), but his efforts become even more trivial when his confident, attractive and playful friend Emmit (Owas Mwape) comes to live with the couple.
Suspenseful, passionate and full of banter, Chenda questions whether it is better to work on a failing marriage or give up and look for something new.
According to the writer of the film, she had to draw deep into the experiences of family and friends in order to bring out strong characters in as few locations as possible.
â€œAs the Zambian film industry grows and develops, it is becoming more and more important for our films to be funded. This only furthers my drive to write more films in order to show Zambians just how valuable they can be,â€ Ivory said.