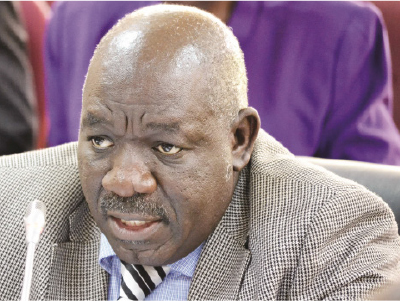 BUTTYSON KANDIMBA, Solwezi
GOVERNMENT has threatened to terminate the contract of Chembu Construction Company for the slow pace of works in the construction of an occupational safety health institute bureau in Solwezi.
Cabinet Office permanent secretary for special duties Bert Mushala expressed concern at the slow pace of works when he visited the site for the K2.8 million project which started in 2011.
Mr Mushala cautioned Chembu Construction to speed up the works or face contract termination.
â€œWe want a report as to why it has taken all these years to complete this project because this is unacceptable. And Iâ€™m directing the contractor to speed up works and ensure that this project is completed within the shortest possible time,â€ he said.
Mr Mushala said it was shocking that though construction works started in 2011, the project has not yet been completed.
He said Government will start blacklisting contractors that are failing to perform to its expectation and those that are doing shoddy works.
â€œSuch contractors should not be tolerated, and as Government, we shall not hesitate to terminate contracts of firms failing to meet targets,â€ he said.
And Government has recommended termination of a contract for Rika Construction for failure to construct a semi-detached flat at Solwezi General Hospital.
The company was awarded a contract to construct staff houses at the hospital in 2011 but has not executed the project.