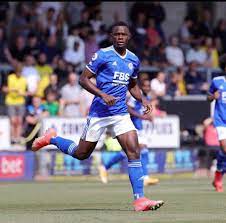 STRIKER Patson Daka has described his cheeky goal in Leicester City’s 4-0 win over Nottingham Forest as special and a confidence booster. Daka has been ineffective the times he has been called on to play, only finding the back of the net twice in eight appearances in all competitions this season. On Monday, he made his presence count after putting the icing on the cake, scoring his team’s fourth goal in the English Premier League match at King Power Stadium. After the game, Daka admitted that he did not initially plan to score with a back heel. “Not really,” he told TalkSport. “As a striker, you dream about scoring goals, but it doesn’t happen every day. I didn’t think I was going to CLICK TO READ MORE