MELODY MUPETA, Kitwe
A TWENTY-FOUR-YEAR-OLD woman of Bulangililo township has narrated before the local court how her husband ganged up with his girlfriend to beat her up after she found them committing adultery.
Priscilla Bwalya, 24, was testifying in a case in which she sued Violet Mvula, 30, to compensate her for assaulting her.
Bwalya told the court that she discovered that her husband was having an affair after he started keeping late nights.
She said she confronted her husband many times about his alleged affair but that he kept on denying.
Bwalya said one day her husband left their home on the pretext that he was …. READ MORE 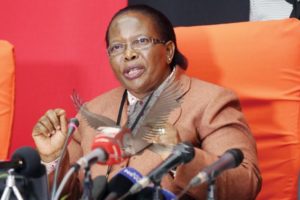 Atanga back in court to oust NDC owner Kambwili