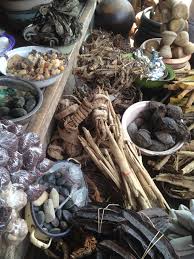 MAYENGO NYIRENDA
Chipata
THERE was drama in the Chipata Local Court when a 38-year-old man of Chipata pleaded with the court not to divorce him from his wife of 10 years who he accused of using charms on him.
Mike Ngoma, a teacher by profession, told the court that all was well after he married Prosperina Soko until he found out that she loved using charms on him.
This is in a case in which Soko sued Ngoma for divorce claiming their marriage has broken down irretrievably.
In his statement, Ngoma said Soko uses the children’s bedroom to dress up after bathing.
“I got concerned because my wife was always going straight to the children’s bedroom every time she came from the bathroom. This became a trend and one day I decided to follow her to the bedroom minutes after she had finished bathing. I found her with a bottle of lotion that had charms in it and a small clay pot that had what looked like hair in it. I confronted her about it and she promised not to use the charms again,” he said. CLICK TO READ MORE