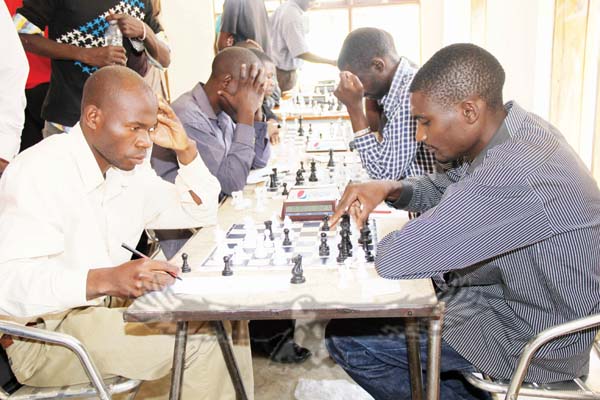 By DAILY MAIL REPORTER
The Chess Federation of Zambia (CFZ) has dangled a K10,000 top prize for the 2014 Zambia Open chess championship pencilled for next month, making it the richest chess event in the country.
The 11-round tournament is billed for October 18-24 at the Olympic Youth Development Centre (OYDC) in Lusaka.
The second runner-up is expected to walk away with K8,000 while the third and fourth place finishers will earn K6,000 and K4, 000 respectively with the womenâ€™s winner set to pocket K5, 000.
â€œThe CFZ cordially invites all zones in Zambia and other federations to the 2014 Zambia Open Chess Championship,â€ tournaments secretary Aaron Banda said in Lusaka yesterday.