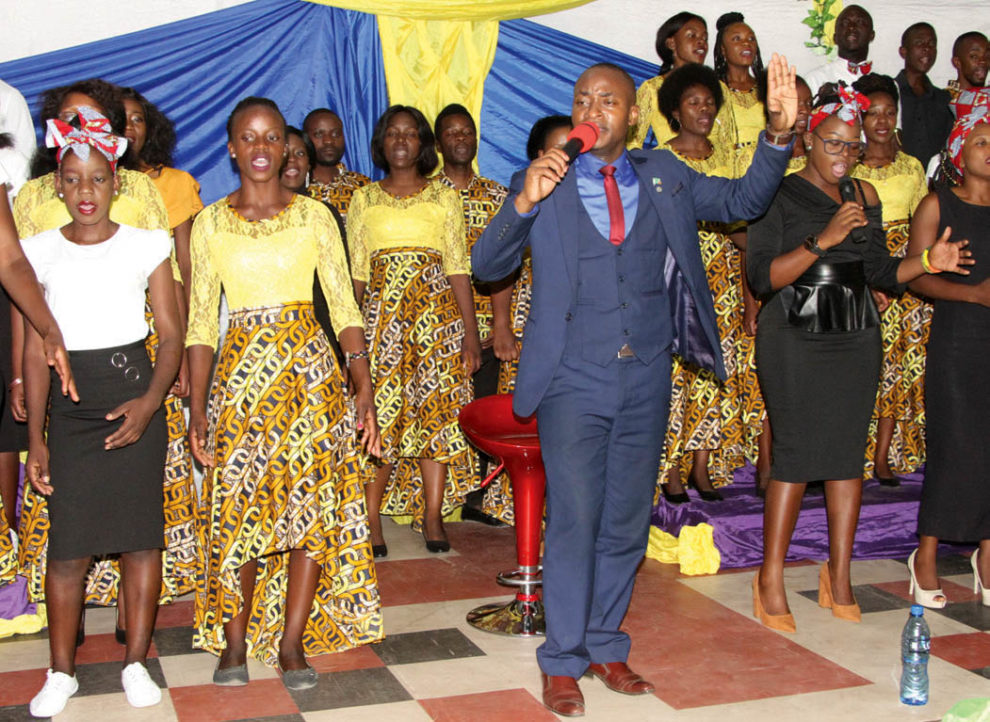 SRAFRANCE ZULU, Ndola
AFTER months of preparations, Cephas Ng’oma finally staged his album launch concert at the United Church of Zambia (UCZ) Ndeke Congregation in Ndola last Friday.
Cephas, currently a student minister at United Church of Zambia University in Mindolo, Kitwe, managed to draw a sizeable crowd at the launch of his second album Mwaikala Apashila, which comes after Lesa Tata, which was released in 2016. Both albums have been produced at Getken Studios by Xlama Robert Mpakateni of Ndola.
When Cephas, who was backed by resident praise team Dynamite and the Classic Spring Band, emerged on stage clad in a navy blue suit, it was straight into business.http://epaper.daily-mail.co.zm/