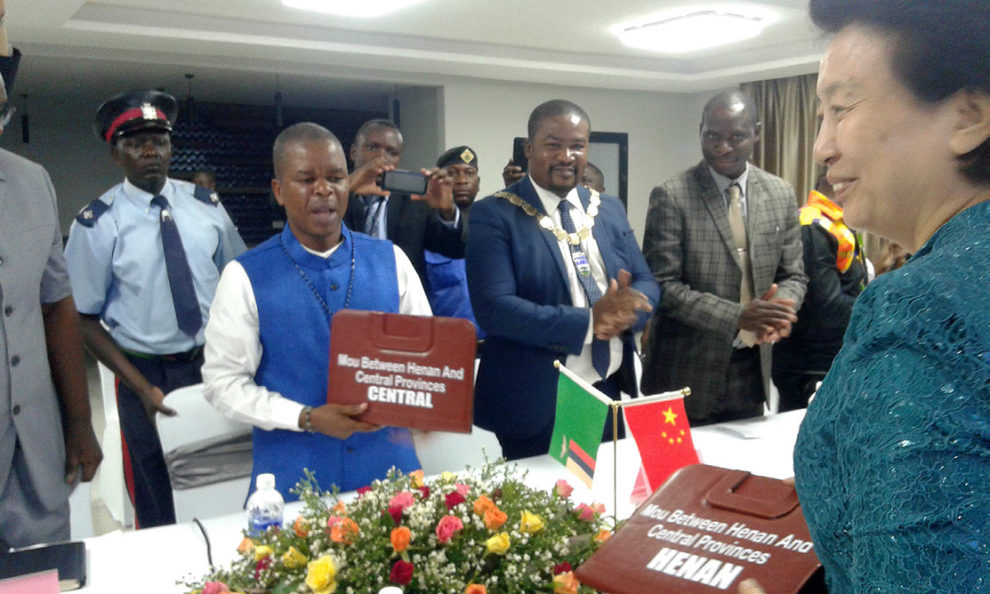 FLORENCE MWISA, Lusaka
ZAMBIA and China have continued enjoying an all-weather friendship which can be traced back to the early days when Zambia attained its independence.
It was China that helped Zambia build the Tanzania-Zambia Railways (TAZARA) in the 1970s with the help of the People’s Republic of China’s founding father Mao Zedong, working together with Zambia’s founding father, Kenneth Kaunda.
China financed the construction of the 1,860-kilometre railway with the US$406 million interest-free loan.
This friendship has continued over the years, with China committing to help Government in various sectors of the economy.
One of the recent partnerships has been the signing of the memorundum of understanding between the twinning programme of Henan Province of China and Central Province in Zambia.
A brief introduction to the province of Henan indicates that the province has so much in common with Central Province in that the two regions are both centrally located.http://epaper.daily-mail.co.zm/