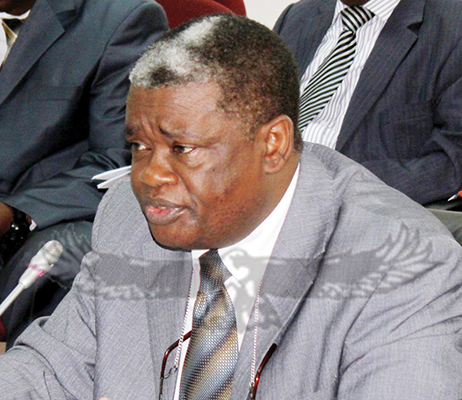 CHISHALA MUSONDA, Ndola
GOVERNMENT says that a census of population and housing is a major statistical undertaking that is a primary source of information about the population of any country.
Copperbelt Province permanent secretary Howard Sikwela said that Zambia has successfully conducted censuses every 10 years since independence in 1964 and the latest census of population and housing in 2010 was the fifth.
â€œThe results of this census which provides data at the lowest administrative level is what we are disseminating today,â€ he said in a speech read for him by deputy permanent secretary Georgina Kasapatu at the opening of the dissemination of the Copperbeltâ€™s analytical report and descriptive tabulation seminar conducted by the Central Statistical Office (CSO) at the Ambassador hotel in Ndola on Friday.
â€œThe Government of Zambia is very proud of this achievement as it enhances planning at sub national levels.â€
Rev Sikwela said the dissemination of results from the 2010 census for the province shows that CSO has managed to successfully undertake all the stages of the census.
He said it is a major part of the last phase of the census as it involves giving the provincial structures, including provincial administration data for planning and decision-making.
â€œThe presentation of these results also gives the people that provided data, the people of the Copperbelt, an opportunity to know their own characteristics,â€ the permanent secretary said.
And speaking earlier, CSO director for census and statistics John Kalumbi said information is very important in any development process.
Mr Kalumbi said the census aids development plans and enhances planning at the provincial, district and the lowest administrative level.
â€œThis is because the most important capital a society can have is human capital. Assessing the quantity and quality of this capital at small area, regional and national levels is an essential component of modern Government. We need to know how many we are; who we are in terms of age, sex, education, occupation, economic activity and other crucial characteristics,â€ he said.
Mr Kalumbi also said that it is important for the people know where they live in terms of housing, access to water, availability of essential facilities and access to internet among other things.
He said responses obtained from questions provides numerical profile of a nation or province which is a prerequisite of evidence-based decision-making at all levels and are indispensable for planning, monitoring and evaluation of development programmes.