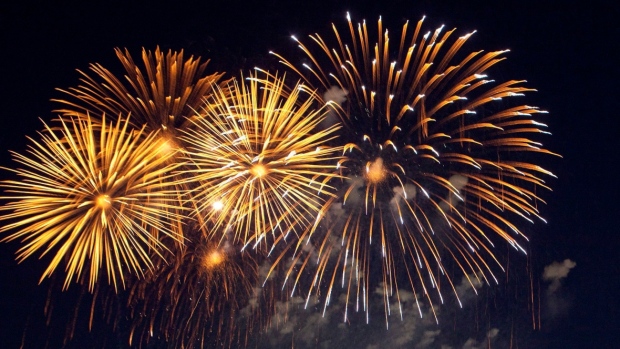 It is a day that signifies a lot of things for Christians, non-Christians or those of other religions.
But for all, as the clock strikes midnight, whether at a bar, night club, in a church or at home, one phrase that will ring out in unison is “new year”.
Celebrating the dawn of a new year is probably the one thing that Christians and non-Christians may have in common, though, it may not necessarily be important for non-Christians where they welcome their New Year. It matters for Christians.
It has become fashionable for a number of Christians to spend new year’s eve at what have become known as Cross over night prayer. In fact, some churches give these meetings themes every year.
Bible Gospel Church in Africa (BIGOCA) overseer Peter Ndhlovu says it is important for Christians to spend their New Year’s Eve in church, seeking guidance for the New Year.
Apostle Ndhlovu confirmed that the cross overnight prayer are an annual event and for his church, the theme is ‘A night of divine release.’
“Cross Overnights are extremely important on the Christian calendar because it is a day that we all come together for a common goal and that is to thank God for His grace and mercy that sustained us throughout the year,” Apostle Ndhlovu said.
He explained that Cross overnights are spent thanking God for the blessings as well as praying for the nation for peace and stability that Zambians have continued to enjoy not only in 2017 but also in the past years.
“We are what we are because of God, so we have more than one reason to worship and praise Him as we welcome a new year in His presence. We need to submit ourselves and our plans for the New Year to Him so that He guides our paths in 2018,” Apostle Ndhlovu said.
He believes that the fact that many are still alive to see another year is a gift of life that should not be taken for granted.
Presence of God Ministries International Apostle Christopher Kunda is of the view that cross over nights are held to appreciate God and ask for new direction in the New Year in all areas of a person’s life.
“The significance of this day cannot be over emphasised. We come together for cross over nights to thank God for the year and appreciate what He has done for us during the year. The Bible says trust God with all thy heart and He shall direct your path. He is the alpha and Omega,” Apostle Kunda said.
He said people gather in churches to seek God’s intervention and guidance for the New Year as well as trust Him to do the same for the New Year.
“As Christians, cross over nights are important because we come together as one trusting God as we end the year then pray and humble ourselves as we ask Him for protection and favour for 2018,” Apostle Kunda said.
The theme for his church is “Fulfilment for God’s blessings in 2018.” He denies that the trend of holding cross overnight prayers is not a new phenomenon as Christians have been doing it for many years.
“Non-believers celebrate December 31 by going to parties overnight while Christians do the same, only they spend their eve in church in the presence of God. It just depends on what you believe in or how you decide to end the year and start the New Year,” Apostle Kunda said.
He said Christians understand the importance of spending the last day of the year in the presence of God because they know that they need Him to guide their steps in the New Year as well.
Some Christians also agree that it is vital to spend the last day at church. According to Priscilla Besa of Church of God, she cannot think of any other place she would rather be as a Christian on December 31, than at church in the presence of God.
“Before I got born again, I used to spend my new year’s eve out at a night club waiting to do the count down and celebrating life. I would celebrate being alive and all the successes that I had accomplished in the year. That was how I used to live.
But now that I am born again, I do the opposite by spending my night in church by acknowledging that all the successes, good health and life that I have is all due to God’s grace and mercy,” she said.
She said she has made it a point to attend New Year’s Eve in church, unless otherwise.
Another Christian, Martha Phiri a Pentecostal at Grace Ministries said although she is a believer, she prefers spending the night at home with her family. Ms Phiri said she has nothing against people who spend their cross over nights in church.
“I usually just stay home with my family, relaxing, waiting to welcome the New Year. People go crazy on New Year’s Eve, especially at night, so to avoid driving back home alone at dawn, I prefer being in the comfort of my home with my family. We also pray, asking God for protection and guidance as we welcome the New Year,” she said.