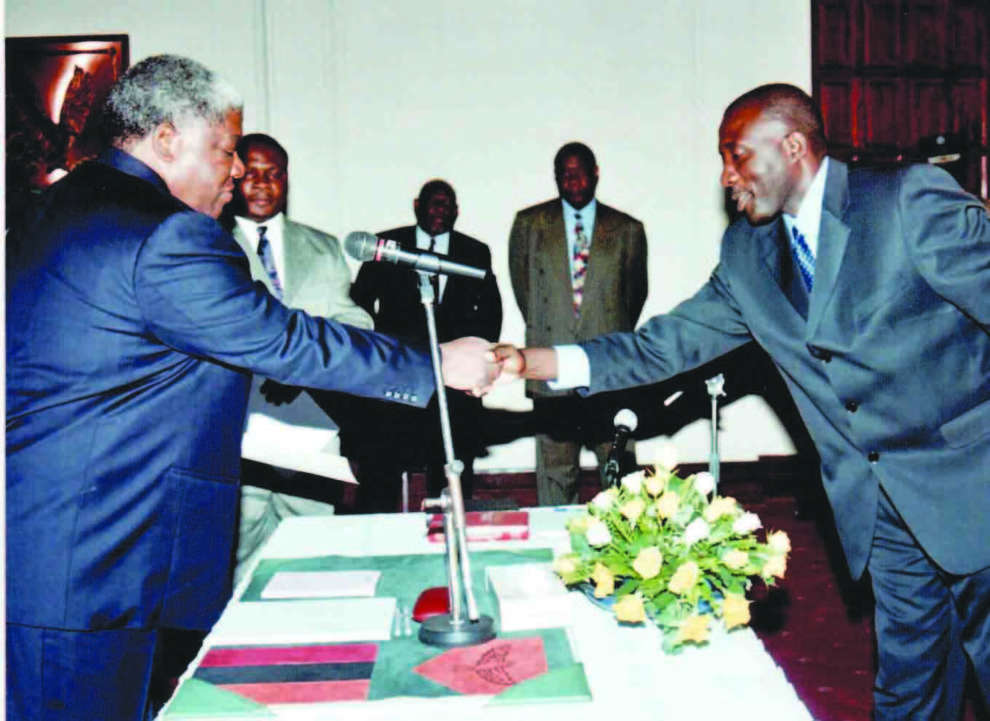 NGOSA CHISUPA, Lusaka
AS WE commemorate the 10th anniversary of the death of Zambia’s 3rd republican President Dr Levy Mwanawasa, we extol the economic and governance legacy that he has left behind and is still remembered to this day. During his public service as Vice-President and later as President, President Mwanawasa was credited for the campaign against corruption. From a governance perspective, Zambia’s image improved on the international stage due to the stance taken by President Mwanawasa to prioritise the fight against corruption. In this article, I will attempt to recall the various encounters I had with President Mwanawasa.
On the morning of his inauguration on January 2, 2002, I received a phone call from a senior member of his transition team who was tasked with the responsibility of finalising a shortlist of technocrats to serve in the Mwanawasa administration.
He called asking me to urgently submit my curriculum vitae. At the time, I was serving as director of social security.
Due to my young age, I was probably put on the waiting list, which was well managed by the Presidential transition team.
Later in 2004, I worked closely with President Mwanawasa when the country was facing a potential nationwide public sector strike. During this time, the Ministry of Labour was actively engaged in social dialogue with the public sector unions. President Mwanawasa, through his pragmatic leadership style, ably guided the then Minister of Labour, the late Colonel Patrick Kafumukache, on how to proceed on the matter and the strike ballot was averted.
This outcome was a reflection of the President’s ability to put the interests of the country first.
As an advocate for social justice, President Mwanawasa was always available to support causes that promoted the livelihoods of citizens.
It was in this regard that the issue of social protection ranked highly on his list of priorities. This was evident when he gladly accepted our organising committee’s invitation to officiate at the International Social Security Association (ISSA) African Regional Conference hosted by Zambia in 2005.
As a committee which included Josephine Mapoma, Dann Musenge, Charles Mpundu, Richard Mwiinga, Shadreck Kapeza, Musonda Cheta and Yollard Kachinda amongst others, we were able to put together a well organised conference that received praise from President Mwanawasa.
The reintroduction of a development planning was another milestone achieved by the Mwanawasa administration. Immediately after assuming office in January 2002, he tasked the then Minister of Finance and National Planning, Ng’andu Magande, to prepare a transitional national development plan (TNDP) by June 2002, and from 2006 onwards, to produce five-year national development plans.
During the launch of the Fifth National Development Plan, President Mwanawasa noted that the major weakness of development planning in Zambia was poor implementation that stemmed largely from poor resource forecasts, weak institutional arrangements and weak monitoring mechanisms and systems.
In 2005, President Mwanawasa appointed a task force to spearhead the formulation of the National Citizen Economic Empowerment Policy. This task force was chaired by J.J Sikazwe, whom President Mwanawasa personally persuaded to come back to Zambia from South Africa, where he was a senior executive with BP Africa in Cape Town.
Other notable members of the task force were Evans Chibiliti, Sherry Thole, Namuchana Musiwa, Moses Banda, Darlington Mwape, Natasha Machila and Mbita Chitala.
The finalisation of the CEEC Policy and Legal Framework in 2006 was another major pillar of the Mwanawasa Legacy.
Many institutions, private universities like University of Lusaka were beneficiaries of the empowerment programme promoted by the Mwanawasa administration.
In March 2006, I was in a board meeting in Ndola when I received a phone call that President Mwanawasa had held a press conference earlier in the day at which he made major changes to Government at minister and permanent secretary levels.
It was at this juncture that I was appointed as Permanent Secretary in the Ministry of Labour and Social Security at the age of 39.
President Mwanawasa believed in the youth and to appoint a young person to such a sensitive ministry as labour required courage and this epitomised the President’s character.
During my tour of duty in Government, the President entrusted his officers with major responsibilities that have to this day moulded our character and determination to serve the country diligently at all times.
I still recall the investment meetings chaired by the eminent Lord Keynes in Livingstone. At these meetings, senior government officials and business leaders from the private sector would sit together to brainstorm over the economic challenges facing the country.
He was very passionate about agriculture and always walked the talk as a farmer himself.
President Mwanawasa always ensured that the private sector was given a voice when chartering the economic destiny of the country.
As we commemorate the 10th anniversary of his death, the best tribute we can give is to build on his economic and governance legacy through the 2030 vision, which he strongly believed in, that one day Zambia would become a prosperous middle-income economy where poverty would be reduced and its citizens would be empowered and actively participate in economic activities.