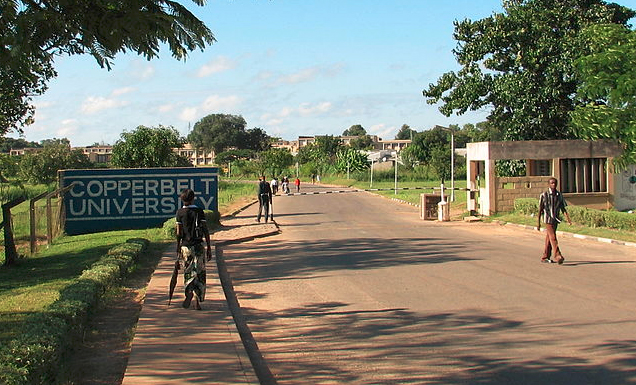 NKOMBO KACHEMBA, Kitwe
LECTURERS and support staff at the Copperbelt University (CBU) yesterday staged a protest after word went round that vice chancellor Naison Ngoma has monopolised the parking space where they usually park their vehicles.
The lecturers and other members of staff were furious after the guards issued them with instructions from Professor Ngoma that they are not supposed to park in the main alley which also leads to his office or drive through it.
The members of staff blocked the two exits of the alley with their vehicles demanding that Prof Ngoma rescinds his decision.
A check found two barricades mounted on the road; one on the entrance of the road that leads to the administration offices and the other one on its exit with vehicles parked outside the perimeter.
Copperbelt University Academics Union (CBUAU) president Mwiya SongoloÂ Â  expressed shock at Prof Ngomaâ€™s decisionÂ Â  not to allow workers to drive through the main road which leads to classes and the administrative offices.
Mr Songolo accused Prof Ngoma of issuing instructions to the guards not to allow anyone http://epaper.daily-mail.co.zm/