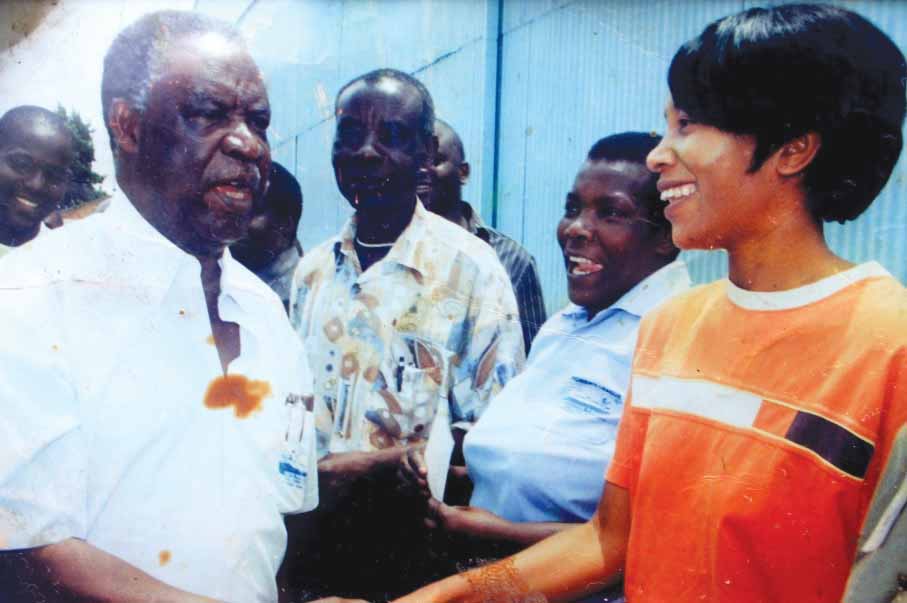 MATHEWS KABAMBA, Kitwe
KAMPAMBA Mulenga vividly recalls how merrily she danced in circles, with her supporters showering white powder on her after being declared winner of the Kalulushi parliamentary seat in the just-ended general elections.
Ms Mulenga, of the Patriotic Front (PF), is the only female candidate to have won a parliamentary seat on the Copperbelt and attributes her victory to her hard work and intelligence.
â€œIt was the happiest day of my life when I was declared winner of the Kalulushi parliamentary seat by the returning officer. I waited patiently for the results to be announced, though I was confident that I had scooped the seat,â€ she narrated.
Ms Mulenga emerged winner after polling 13,506, beating her closest rival Evaristo Mwalilino of the United Party for National Development (UPND), who got 8,986 votes.
She said her victory is a testimony of the confidence that the people of Kalulushi have in the women leadership, having been the only female contender in the race.
She narrated that in her life, she never imagined that one day she could join politics and drew her inspiration from late republican President Michael Sata.
â€œI never thought I could venture into full-time politics in my life. I have always been a business lady and I was comfortable with what I was doing. I was compelled to join politics after seeing late President Sataâ€™s dedication to public service,â€ Ms Mulenga said.
The Kalulushi lawmaker testified that she was not a fanatic of politics such that she never used to participate in the electoral process and only voted for the first time in 2001.
Ms Mulengaâ€™s political career started in 2004 when she joined the PF party structures in Kalulushi district, where she was appointed district party treasurer.
She rose through the party structures and after four years of dedicated service, Ms Mulenga was voted PF Kalulushi district chairperson at a party general conference.
At the time, she was the only female district party chairperson countrywide.
In 2011, Ms Mulenga attempted to vie for a higher office when she applied for adoption for the Kalulushi parliamentary seat but the party opted for her predecessor Rayford Mbulu.
The Kalulushi lawmaker narrated that despite having suffered a setback in her quest to vie for the Kalulushi parliamentary seat in 2011, she continued supporting the partyâ€™s preferred candidate and even offered to have her house used as a command centre during the campaigns.
After the PF won the elections in 2011, Ms Mulenga was appointed Kalulushi district commissioner, a position she held until 2015 when her contract was not renewed.
Ms Mulenga explains that she was the youngest district commissioner in the country and often met resistance from people who thought she would not perform to the expected standards.
During her term in office as district commissioner, she implemented numerous projects in Kalulushi, which have greatly helped to improve the socio-economic welfare of the people in the area.
Ms Mulenga has identified job creation, industrialisation and improvement of water supply and sanitation in Kalulushi as key areas she would want to focus on, now that she is the Kalulushi parliamentarian.
Kalulushi has a lot of timber plantations and Ms Mulengaâ€™s plans will be to establish a timber processing plant in the area to create the much-needed job opportunities for the local people.
She has pledged to work with the people of Kalulushi, including members from the opposition political parties, to transform Kalulushi into an industrial hub of the Copperbelt.
She promised the womenfolk on the Copperbelt that she would represent them well in parliament, being the only female parliamentarian in the region.
â€œI am now the voice for all the women in the province, whose rights have been trampled upon. I am going to parliament as a voice for all the women in the province and not just for Kalulushi constituency,â€ Ms Mulenga said.
She urged the womenfolk countrywide to take advantage of President Lunguâ€™s vision to empower more women in decision-making positions to vie for higher offices in Government.
Born to Shem and Fridah Mulenga, Ms Mulenga is the first born in a family of five.
She attended pre-school at Kitweâ€™s St Johnâ€™s Convent School in the early 1980s, before moving to Ibenga Girls Secondary School in Masaiti district on the Copperbelt, where she completed her grade 12 in 1994.
Ms Mulenga later relocated to South Africa with her parents, where she pursued further studies.
She is a mother of three boys, Mutale, Timumi and Tehillah Chilumba.
Ms Mulenga said she is grateful to her parents who instilled strong family values in her at a tender age.
She is a devoted member of the Catholic Church and describes herself as an independent-minded leader, whose main allegiance is to the people that ushered her into office.