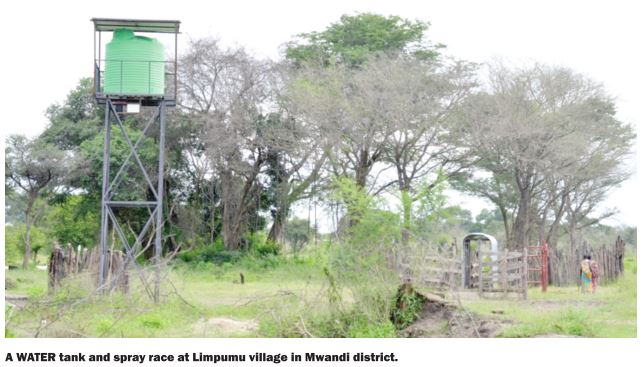 NEWTON SIBANDA, Lusaka
AN OUTBREAK of contagious bovine pleuropneumonia (CBPP), or lung plague, decimated the cattle population of Kazungula and Mwandi districts in Zambia’s Southern and Western provinces in 2004. It was a major setback to smallholder farmers, who depend on draught oxen to plough and on milk sales for household incomes and nutrition.
Six years after the Rural Financial Expansion Programme (Rufep), working with ZayoHub, a local NGO agreed to finance a programme to reverse the loss of cattle in the two districts. The programme, known as Mafisa, is a pilot project targeting 150 smallholder farmers in Magumwi and Limpumu areas in Mwandi district and Sikaunzwe area in Kazungula district.
Zayo is a Zulu word which means “together”, signifying co-operation. Mafisa is a traditional practice whereby the owner of several cattle entrusts another person – with fewer cattle or none – to take care of his animals and rewards that person with one or more animals after an agreed time.
The beneficiaries of ZayoHub’s Mafisa project are vulnerable men, women and youths. They are trained in animal husbandry, conservation farming, food production, hygiene and sanitation. They are grouped into three categories according to the number of cattle they own and are expected to take care of the animals for five years.
A beneficiary with fewer than five cattle receives a pregnant heifer. With six to 10 cattle, he or she receives three pregnant cows. The third category is a mentor, a beneficiary whom the community has chosen to be its leader. He or she is given four pregnant heifers and a bull.
Sixty-year-old David Simasiku of Sikaunzwe in Kazungula is a proud beneficiary of one heifer, which has calved, and he looks to the future with renewed hope.
A small-scale farmer and father of five, he had 10 cattle, out of which he lost five due to CBPP.
“I am very happy not only because I received a heifer, but also because of the knowledge I have acquired. Now I know how diseases come and how to control them,” Mr Simasiku says.
Mungole Kawana, a mentor in Sikaunzwe area, is another proud beneficiary.
“I had to till the land using my hands, which reduced my agricultural productivity following the death of my cattle. I lost income from milk sales and this increased my vulnerability to poverty,” he said.
With some savings from his meagre income from rudimentary farming without animal draught power, Mr Kawana later bought three cows, which he nurtured and have now multiplied to a sizeable herd.
When ZayoHub came to Sikaunzwe area in Kazungula district, Mr Kawana was identified as a mentor for the community.
He is one of the beneficiaries of the Mafisa Bond Livestock Finance Project with 11 animals.
Mr Kawana surrendered part of his land to the Mafisa Bond Livestock Finance project to drill a borehole to provide water for animals and to build a spray race for the community to dip their animals.
After five years, the heifer of the Category 1 beneficiary is expected to have produced 13 offspring and the beneficiary will keep three heifers and the mother. The beneficiary who received three heifers will receive nine additional heifers if he or she is successful.
Mafisa is gender-sensitive. The beneficiaries are grouped in four zones or clusters. The first category has seven members per zone, of which two must be youths and the others a balance of men and women. In the second category, with three members per zone, at least one must be a woman. For the third category the only criterion is experience regardless of gender.
The Mafisa programme also promotes cross-breeding between indigenous cattle and exotic breeds such as Boran and Tuli to improve disease resistance, meat quality and milk production.
The project has so far constructed a spray race and installed a solar-powered borehole with a 2,000-litre water tank in each zone.
Mafisa project manager and livestock specialist Yobe Banda says that, although restocking started only last year, he is impressed with the project’s progress. Fewer cattle are dying because the farmers receive quality medicines.
“They also get milk for their nutrition and I can foresee that they will have quality meat. There is definitely an increase in milk production and an improvement in cattle husbandry. There is an improved knowledge of diseases and disease prevention,” he says.
Other services provided by ZayoHub’s Mafisa project are a daily rental of solar lighting systems at a nominal daily rate of K4, microfinance lending and a mobile money facility.

Should I take my church mate to court?

Race for Malambo seat hots up?

You can do it!