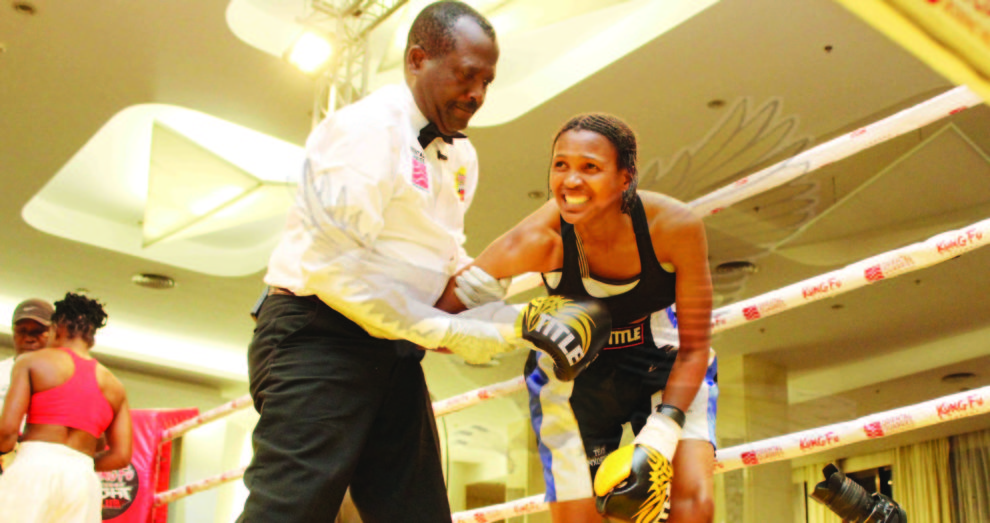 CECILIA ZULU, KELLY NJOMBO, Lusaka
IT ONLY took Catherine Phiri two minutes and 37 seconds in the second round to knock out Asandiawa Nxokwana of South Africa in a non-title fight in Lusaka on Saturday night.
Catherine, the former World Boxing Council (WBC) silver bantamweight champion Catherine, said the victory is a morale booster ahead of the WBC gold title fight rematch against Fatuma Zarika of Kenya.
“The fight was difficult. But in a short period of time that we fought, I discovered that she [Asandiawa] is a tough boxer. Her height also adds to her advantage. She is a bit taller than me, I just had to use another strategy http://epaper.daily-mail.co.zm/