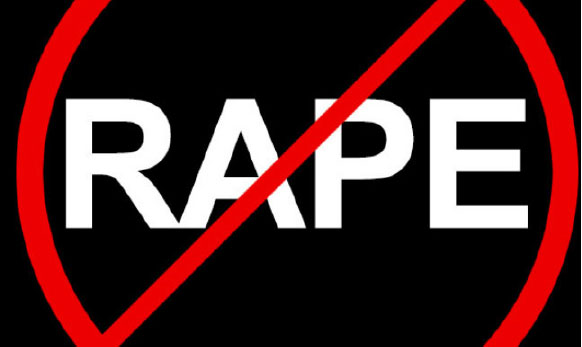 JUDITH KONAYUMA
IT IS not unusual to read stories about rape or defilement in the newspapers every day. The offence has become a common occurrence in our society.
It is agreeable and regrettable that the frequency of the offence portrays the â€˜rottennessâ€™ of our society.
And it is not only the frequency but also the insensitivity (not that defilement should be condoned) to the age of the girl-children who are victimised by some men whose insatiable desire for sex is out of this world.
It is unimaginable that toddlers, as young as one year and six months old, can fall victim to the preying or marauding men who are only intent on satisfying their sexual appetite.
For some time now, it has been the trend that figures of defilement are on the increase.
The University Teaching Hospital in Lusaka, which recorded 796 defilement cases between January and August last year,Â  gives a glimpse of theÂ  swelling number of cases.
Come the start of a new year, the numbers which begin as a single digit quickly grow into tens, hundreds, short of hitting thousands as though they are competing for the four-digit figure.
It is in fact not the figures, but the men who let their thoughts mature into perverse acts of seizing a helpless girl and sleeping with her against her will.
And what does the poor girl get in return? A promise of being bought biscuits, sweets and at the worst, an order to keep silent or have her throat cut open with a sharp knife!
Even if the girl may not realise the impact of the wicked act, it is certain to leave some negative consequences on the girl-child.
Sexual offences against girls could have serious negative effects such as infertility, trauma, the contraction of HIV and AIDS and other terminal illnesses and even death.
All these consequences are deliberately, if you like, inflicted on the child and it is unthinkable what future such a child could have.
These vices pose a great challenge and a threat to the future of our girls.
Government has done its part by implementing tough measures to curb it.
But the beast in the defilers has driven them against those measures and they have taken a defiant stand.
In particular, the courts, realising that the numbers of defilers who occupied the accused box had soared, increased the sentence to a minimum of 15 years behind the bars.
However, this stern measure has seemingly been frowned upon by the offenders. We keep counting more numbers of defilers every day, meaning the lives of minors remain at risk.
Surely, could anyone in his right frame of mind feel that 15 years is not enough time to rot in the confines of the four walls of the prison or could it be that those who commit the offence are ignorant of this punishment?
Could it be that some of them are headstrong and feel that their sin will never find them out?
It turns out that a number of defilers are not those who have not seen the inside of a classroom so that they can claim to be ignorant of the stern action the courts mete against offenders.
Given the prevailing situation in our society, the only alternative is to stiffen the punishment further so that those who entertain the idea of committing the offence may quit when they see how others will suffer the punishment.
It is not harsh, given the increase in the number of cases, to suggest that the offenders should lose a member of the body that causes them to sin.
Yes, I am talking about castration. It is too harsh a punishment, but desperate times should call for desperate measures, and castration is one such measure.
Offenders will remain maimed for life but this will always be a stark reminder of the harm they inflicted on a helpless girl-child.
Of course one can argue that their rights will be infringed. Who does not have rights, anyway?
Should society protect the rights of the offender while those of the child have been violated?
Is not imprisonment the taking away of the rights of the offender, and in this case, are we not just enhancing the taking away of that right?
And has not an adult man who commits this offence not enjoyed more of his rights as compared to a girl-child who has not enjoyed her rights as much?
So whose rights should we protect? The offender or the offended?
The protection of the girl-child should be escalated and it is time we took desperate measures.
The author is Zambia Daily Mail editorial editor.