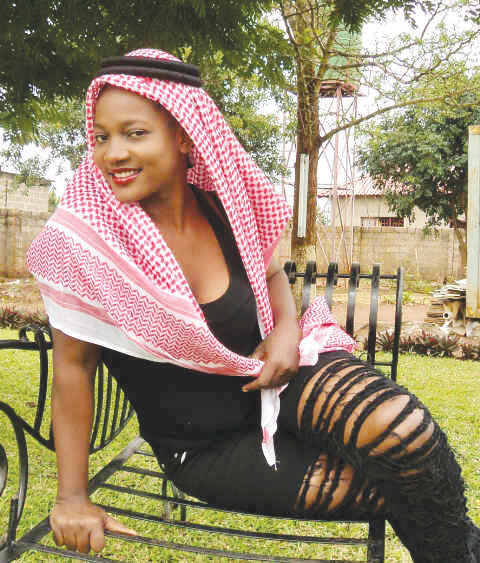 KELVIN KACHINGWE, Lusaka
ACTRESS Cassie Kabwita was on Saturday awarded the Best Rising Star Award at the Mwape Peer Awards Presidential Event held at the luxurious five star InterContinental New York Times Square in the United States.
The Mwape Peer Awards were established in 2010 by Ruth and James Mwape of New Jersey, USA, as part of the coupleâ€™s plan to give back to the people by providing a platform to recognise those individuals who, without the benefit of visibility or influence, made a difference through their creativity, energy and sheer tenacity.
Initially, the awards were given to the Zambian unsung heroes and heroines only, but in 2014, they were opened up to all Africans in and outside Africa.
USA based DJ Eddie Yekayeka collected the award on behalf of Cassie and B-flow, who was nominated and attended the awards ceremony. He brought the award on behalf of the rising star, who, however, is well-established in Tanzania.
The award is in recognition of Cassieâ€™s acting career in African television and her contribution to the Zambian movie industry.
â€œI did not manage to attend the awards because I am still nursing my fractured right ankle and I canâ€™t freely walk on my own,â€ Cassie told the Weekend Mail in Lusaka.
Cassie, Born â€˜nâ€™ Bred in Luanshya, was recently in Ghana to film the Sink or Swim: The Perilous Journey, a pan-African story by Prince Richard Nwaobie.
The cast for the movie has been drawn from Ghana, Nigeria, Kenya, Tanzania, Togo, Ivory Coast and Zambia, among others.
Notable faces include the legendary Kenyan Sir Raymond Ofula, who is known for his roles in Tomb Rider and Jacobâ€™s Cross, Nigerian Zack Orji, Tanzanian Ahmed Olotu and 2014 Africa Magic Viewersâ€™ Choice Awards (AMVCA) winner Ruth Maingi of Kenya.
The cast from Ghana has Adjetey, Ama Abebrese and Sika Osei, while that of Nigeria includes Omowumi Dada, Ali Nuhu, Ogee Nelson, Deyemi Okanlawon and Seun Akindele, among others.