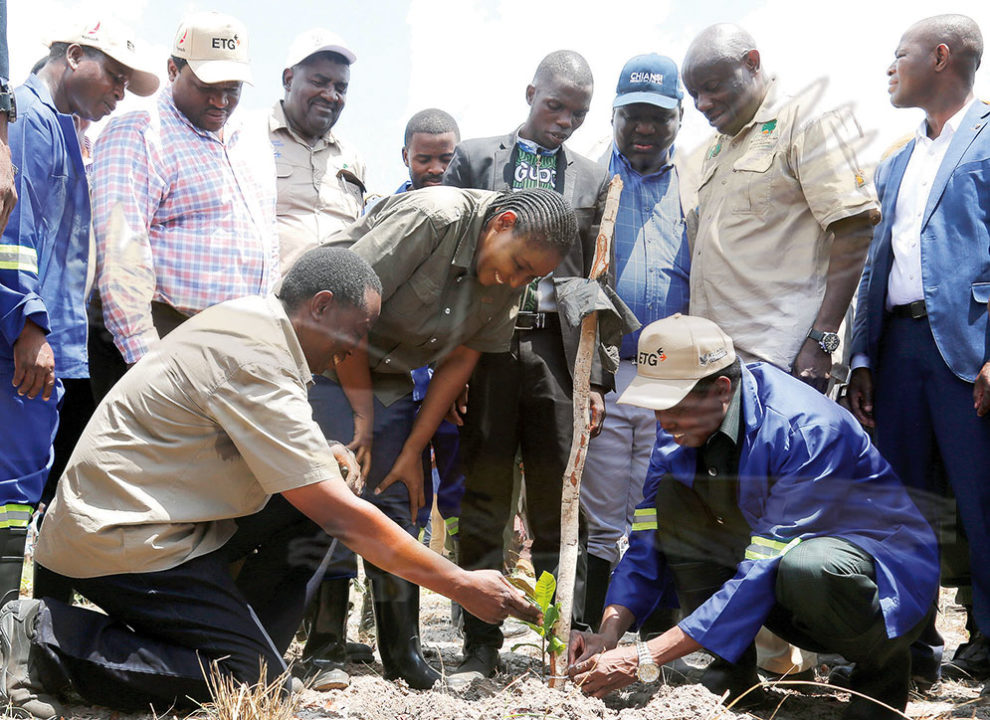 GOVERNMENT has prioritised cashew production for a number of reasons.
Cashew is one of the high-value crops in the world. It is not an entirely new crop because it was first introduced in Zambia in the 1940s.
However, the growth of the industry was very slow due to low production and the lack of marketing and processing facilities until 1985 when the Government commercialised cashew production and processing by establishing the Zambia Cashew Company.
But change of government in 1991 saw the crop neglected, which led to the closure of the cashew company, hence diminishing the cultivation of the crop.
As part of the Structural Adjustment Programme (SAP), the processing plant was included on the privatisation list and this contributed to the decline of the cashew industry in Zambia.
The Patriotic Front government has prioritised cashew production as part of economic diversification and as a poverty reduction strategy in Western Province.
That is why Government sourced US$55.42 million, out of which US$45 million is a loan from the African Development Bank, to revive the industry.
This loan will be paid over a period of 25 years with a grace period of five years at 0.06 percent as interest rate.
The project, being implemented for a period of five years in 10 districts of Western Province, involves all players in the cashew value chain to ensure sustainability.
The project aims to directly benefit 60,000 household beneficiaries, out of whom 30,000 will be rural women and 1,000 youths each, planting 1 ha of 100 trees.
The project will, thus, give out a total of 6 million productive cashew trees.
Globally, the cashew industry is currently producing around 2,463,000 metric tonnes of raw cashew, of which 48 percent or 1,188,000 metric tonnes is produced in Africa.
In Zambia, the current cashew nut production stands at 850 metric tonnes per year from an estimated 1,700,000 trees that produce 0.5kg of raw nuts per tree annually.
The current cashew prices stand at around US$6,000 per tonne.
Cashew is therefore a commodity that has been identified as being a high-value commodity that can earn the country much-needed foreign exchange.
Given the importance Government has attached to cashew production as a tool for poverty reduction and economic diversification, it is imperative that the leadership in Western Province embraces President Edgar Lungu’s call to take cashew nut production seriously.
President Lungu said yesterday that cashew nut production has the potential to transform the economy of Western Province, which usually takes the last tier on economic indices, and to contribute to national growth.
That is why he wants government leaders and the traditional leadership in the region to be proactive and be hands-on.
To achieve this, Government and traditional leaders should work hand in hand with the Cashew Infrastructure Development Project to ensure that management plans are functioning and the problems hindering the realisation of the potential of cashew nuts as a poverty intervention are firmly in place.
The CIDP has already put in place clear objectives, strategies and actions but Government and the traditional leadership should help in monitoring and evaluating progress periodically.
The responsible officers must be held accountable throughout the project cycle and those who are passengers must be removed or redirected to components of the programme where they will be effective.
This is a multi-million Kwacha project and its results must create a positive impact on reducing poverty by now. For that to be achieved, it must be managed as a result-based project or programme, failure to which heads must roll
Zambia should join the list of world producers of cashew nuts because Government has put everything in place.
Besides, there is goodwill as demonstrated by the donation of 25 metric tonnes of cashew seedlings by the President of Tanzania, John Magufuli, whose country in 2019 reportedly produced over 190,000 tonnes of raw cashew nuts worth over Sh507 billion (US$220 million).
Currently, India is the largest single producer of cashew nuts while West Africa – principally Ivory Coast, Benin and Guinea-Bissau – is the largest regional producer.
Vietnam, Brazil and East Africa are the other major sources of production. Indonesia has become a major producer and exporter in Southeast Asia.
Apart from growing the crop for the export market, cashew nuts are great for overall health because they are rich in vitamin K, dietary fibre, omega-3 fatty acids, and a range of other healthy minerals.
They are also a great source of energy, and 18 cashew nuts contain around 5 grams of protein – about 10 percent of the average daily intake requirements.
The rewards are evident. Let’s turn this potential into reality.

Floods can be overcome
Guard against rumour peddlers