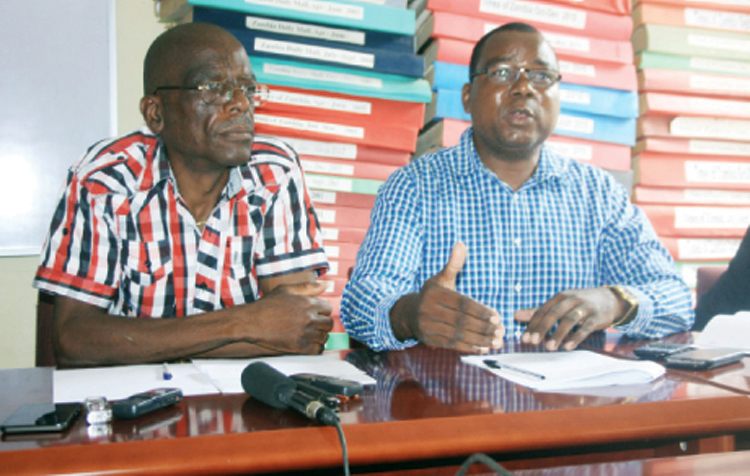 KELVIN MBEWE, Lusaka
THE Media Liaison Committee has said it cannot regulate the biased reporting by private media because they are controlled by their owners whose focus is making money.
Media Liaison Committee chairperson Enock Ngoma said in an interview that the committee can only come in to advise the private media when their reporting is unethical.
â€œPrivate media institutions are not our concern because their owners are in charge. Our main concern is public media institutions because they serve the public with tax-payersâ€™ money. We only come in when they insult an individual,â€ he said.
When asked if he was not aware of the insults that some private media were showering President Lungu, Mr Ngoma said the committee analyses media houses on a daily basis and once they find any irregularities in the reporting style, they approach such media bodies and advise them.
â€œWe do not condone insults, we analyse all media institutions on a daily basis and once we find that a good job is not being done, we take action by approaching the media institution heads and advise them. We advocate fair and unbiased reporting,â€ he said.
Mr Ngoma said the committee is planning to visit media houses to educate them on ethical and fair reporting.
Meanwhile, the 10-day ultimatum given to public media by the committee has failed to take effect.
When asked about this, Mr Ngoma said the committee will this Friday hold a press briefing on the matter.
â€œI do not want to pre-empt the press briefing that we are holding on Friday. Donâ€™t worry, an invitation will be sent to Daily Mail,â€ he said.
The Media Liaison Committee on December 20 gave the Zambia Daily Mail, Zambia National Broadcasting Corporation (ZNBC) and Times of Zambia a 10-day ultimatum to change their style of reporting failure to which the committee would seek legal redress.