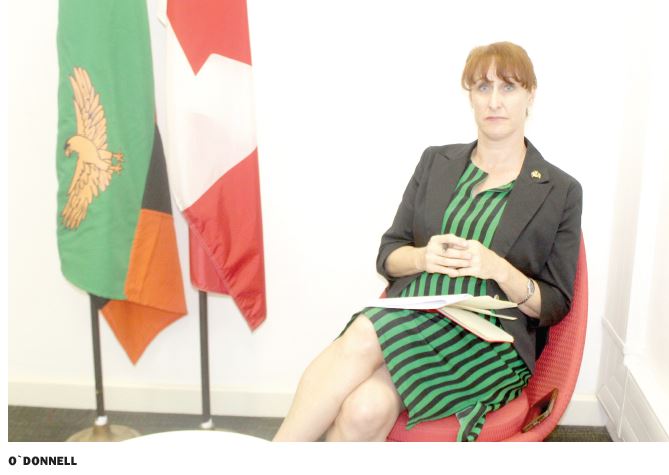 MWAPE MWENYA, Lusaka
ZAMBIA and Canada, who are both Commonwealth countries, have for a long time collaborated bilaterally and multilaterally on issues pertaining to peace and security and gender-based violence.
In today’s column, Canadian High Commissioner to Zambia Pamela O`Donnell discusses how the two countries have continued working together even in the absence of a Canadian resident embassy.
Q: When did Canada establish diplomatic relations with Zambia?
A: Canada and Zambia started diplomatic relations in 1966, two years after Zambia got independence, and in 1972 we opened the diplomatic mission in Lusaka. It was one of the earliest in the region. However, following Canada`s review of embassies in Africa, many missions which include Zambia were closed and the High Commissioner who was based here was sent to Dar es Salaam. After that, we changed from the full High Commission to the office of the High Commission in 2007. However, we have continued serving bilateral interests with Zambia. Though we do have a good presence here, we have continued engaging with Government and Civil Society Organisations (CSOs). CLICK TO READ MORE

What it takes to own skill, make it big
Fleet management policy game changer