DOREEN NAWA and GLADYS NYIRENDA, Lusaka
THE debate on Zambians rethinking dependency on maize has once again taken centre stage.

For almost every Zambian, maize means food. It is the main ingredient used to make nshima, Zambia’s main meal.
Many homes, whether in the rural or urban areas, depend on nshima for their main meals.
It is not an understatement that in some homes, it is the only food available for all the three meals in a day, breakfast, lunch and supper.
But maize production is facing a bleak future as Zambia’s staple food because of the erratic rainfall that the country is experiencing.
Let us take this year, for instance, when the country has just witnessed a long dry spell, which has left some maize fields scorched.
Farmers in Zambia depend on rain to grow their crop and times like these leave them desperate and hopeless.
It is in view of this that republican President Edgar Lungu, while in Chisamba, on February 1, said it is time farmers reconsidered their dependency on maize as a staple food and sought other alternatives.
“Going by what we have experienced [drought], it is time we took stock, whether maize should be the ultimate crop for survival as a people,” President Lungu said.
Zambia has other alternative crops like cassava, sorghum, millet and rice, which can be developed to constitute main meals.
But this has not gone well with William Chisunka, a resident of Lusaka’s Kamwala township who says he grew up eating nshima and stopping now would not work.
“Nshima is my culture and it’s in my blood. As far as I can remember, nshima was number one in my neighbourhood. So, if people cannot depend on maize, then they should be encouraged to grow more cassava, sorghum, and millet. At least, these can produce nshima at the end of the day, otherwise, rethinking nshima will not work here,” Mr Chisunka says.
Another resident of Kamwala, Katie Malunga, says nshima for lunch and supper is cheaper than other food stuff.
“Nshima is the cheapest food one can ever get. Now if our people cannot even manage to buy two plates of nshima a day, can they manage other food stuff?” said Ms Malunga.
She compares the prices of maize, which fetches as low as K40 per 25kg bag, while rice goes for K425 of the same mass.
“If we go for an alternative like, how many people can afford, and then eaten with what? With vegetables or sugar? If so, what kind of a meal can it be? The option here is not rethinking nshima but rethinking the agricultural policies,” she says.
She suggests that Government comes up with policies that will ensure that maize production is not rain fed.
The sentiments from the general public are not different from those of the Consumer Unity and Trust Society (CUTS) International.
CUTS International says it is difficult for Zambians to shift from maize dependency to other crops because they cannot afford alternative foods.
CUTS Centre co-ordinator Chenai Mukumba says Zambia, for decades, has had a mono-diet culture that has been heavily dependent on maize.
She argues that agricultural policies that have been maize focused with over half of the agriculture budget going towards providing maize subsidies and maize marketing.
Ms Mukumba says compared to the frequency of eating other foods, nshima is eaten more times than all other starches as well as other foods such as vegetables.
CUTS, with support of HIVOS and in partnership with World Food Programme, conducted a study on ‘Sustainable diets for all’ on 1,000 households, which showed that most Zambians eat nshima every day.
“In the poorest quintile, 83 percent said they eat nshima at least once every day compared to 62 percent in the richest quintile. This clearly shows that nshima has dominated all foods when it comes to household consumption in Lusaka,” says Ms Mukumba.
While the focus on reducing nshima dependency should be focused on all households, Ms Mukumba suggests that the most concerted efforts should be focused on low-income households.
“From our findings, it is clear that affordability is an important barrier to the food choices that households may make,” Ms Mukumba says.
For Ms Mukumba, at present, Zambia’s dependency on maize had crowded out investments for strengthening markets for other agricultural products, and making them more affordable for consumers.
The debate has also questioned the nutritional value of maize, which they feel is somewhat inadequate.
Zambia Civil Society Scaling up Nutrition Alliance (Zambia CSO-SUN Alliance) country co-ordinator Scott Kaluba says the move by Government to advice Zambians to look for other alternative foods is welcome.
Mr Kaluba says apart from maize as a stable food, people can also benefit from eating other foods like cassava.
He observes that human diets in Zambia and around the world, have grown more homogeneous and are showing no signs of slowing.
“There are a lot of alternatives that we as Zambians can benefit from nutritionally such as cassava, millet, sorghum and rice,” he says.
Given the accumulating evidence of climate change in Zambia, there is an urgent need to develop more climate resilient maize systems and alternative crops.
The change may not come immediately, but with more sensitisation and measures put in place, maize can be replaced. 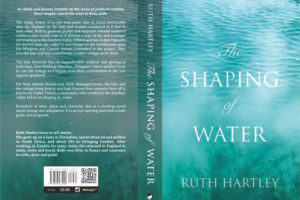 Shaping of a nation 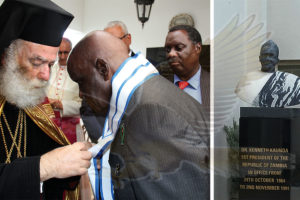