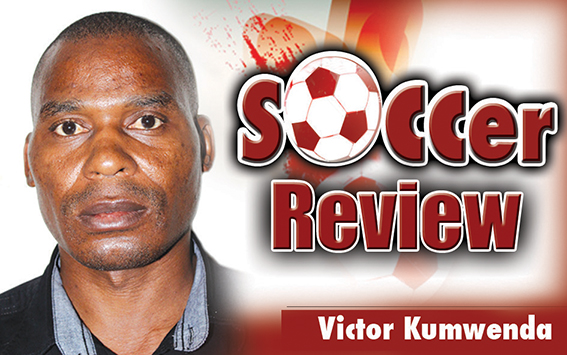 Soccer Review with VICTOR KUMWENDA
WITH 79 days before Zambia hosts the Under-20 Africa Youth Championship, there is little happening in terms of preparations and publicity for the continental event.
For those who donâ€™t know, the tournament will be held from February 26 to March 12 in Lusaka and Ndola.
The situation has been made worse because the Football Association of Zambia (FAZ) has up to now failed to put in place a local organising committee (LOC) which is supposed to oversee the preparations.
FAZ should critically look at this issue and treat it as a matter of urgency because without the LOC in place, nothing much will be done as regards preparations for the tournament.
By now, we should have the LOC in place to oversee accommodation, accreditation, infrastructure and transport, among other issues.
It is, therefore, surprising that we donâ€™t have a committee in place.
We risk being a laughing stock if things are done at the last minute, which, by the way, has been a trend not only in Zambia but most countries in Africa.
Maybe the association is doing things quietly, but football is not a game played in silence. It is almost a tragedy that we donâ€™t have the committee in place.
I know FAZ president Andrew Kamanga has been co-opted into the CAF organising committee for the Under-20 African Championship, which oversees the preparations on behalf of the continental body.
But what is worrying is that the FAZ boss does not see the urgent need to have the same committee at local level.
There is no doubt that the country still harbours ambitions of hosting the Africa Cup of Nations, hence the need to have an exemplary tournament to stand a chance of being awarded the rights to host the event in future.
By hosting a successful tournament, the country will earn recognition across the continent.
*******
It is good that Konkola Blades have bounced back to the Super Division.
But my hope is that the Chililabombwe-based outfit has resolved the financial challenges that contributed to the team dropping into the lower division at the end of the 2015 season.
If not, then Blades will again experience the same financial problems of failing to pay players salaries and allowances like what is happening to their sister club Nchanga Rangers, and their stay in the top flight will be short-lived.
My plea to sponsors Konkola Copper Mines (KCM) Plc is to ensure both Blades and Rangers are given sufficient funds to complete the 2017 Super Division campaign without hitches.
We donâ€™t want players at both teams to go on hunger strike.
Letâ€™s speak football on vkumwenda@daily-mail.co.zm, victorkumwenda@yahoo.co.ukÂ