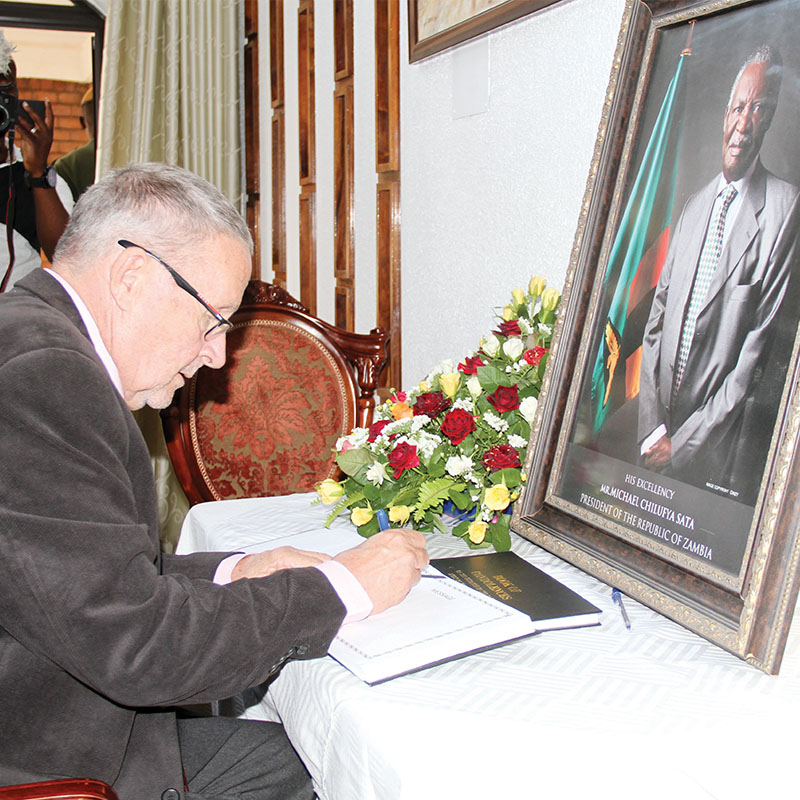 YANDE SYAMPEYO, Lusaka
ATTORNEY-General Musa Mwenye says Cabinet acted within the law and with utmost patriotism to appoint Dr Guy Scott to act as President.
Mr Mwenye said the transfer of power to Dr Scott from Minister of Justice Edgar Lungu wasÂ  done in accordance with the provisions of article 38 (2) of the constitution.
He said although Mr Lungu was acting President at the time of the death of Mr Sata, there is no provision in the constitution that automatically empowered him to act as President.
Mr Mwenye said this in a statement released in Lusaka yesterday.
â€œThe constitution only makes provision for the Vice-President or if the Vice-President is unable to act as President by reason of mental or physical illness, then a member of Cabinet elected by Cabinet will act,â€ Mr Mwenye said.
Article 38 (2) states that whenever the office of the President becomes vacant, the Vice-President or in the absence of the Vice-President or if the Vice-President is unable, by reason of physical or mental infirmity, to discharge the functions of his office, a member of the Cabinet elected by the Cabinet shall perform the functions of the Office of the President until a person elected as President in accordance with article 34 assumes office.
Mr Mwenya said the provisions of Article 38 (2) clearly states that the Vice President is designated as the only person qualified to automatically take over as acting President in the case of death of a sitting Head of State.
He said if Dr Scott was unable to act because of absence, mental or physical illness, Cabinet would have elected a person from among its members to act.
â€œFurther, the constitution does not place any other qualification for the Vice President to act as caretaker President, other than, that he should be Vice President,â€ he said.
Mr Mwenye said the decision of Cabinet was in all respects premised on the need to preserve and protect the constitution as by law established.
â€œThe nation will recall that when the late President Levy Mwanawasa died, George Mpombo was acting President.
After the death of Mr Mwanawasa, President Rupiah Banda, then Vice President, had to assume office in accordance with article 38 (2) despite Mr Mpombo havingÂ  been acting President at the time of the death of the President,â€ he said.