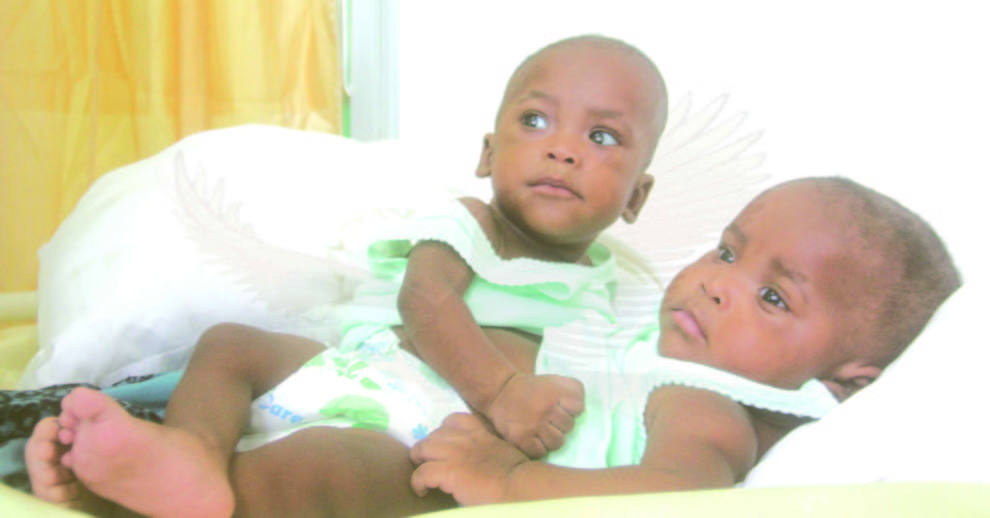 JACK ZIMBA, Lusaka
AFTER making a plea for help for the mother nursing Siamese twins in the University Teaching Hospitals (UTH), a businessman of Lusaka has offered monthly support to meet the babies’ and mother’s daily needs.
On Tuesday, Bux Ikrama, of Aliboo Trading, through the welfare department at UTH, handed over the first consignment of supplies of various baby items to Stella Ziwa, the 29-year-old mother of Joshua and James.
The two lively boys, who are about five months old, are joined at the abdomen and share a pelvis. They have been admitted to UTH while doctors consider whether to separate them.
The situation and stay in the hospital has, however, proved burdensome on Stella and her husband, who are peasants from Eastern Province.
This prompted the hospital, two weeks ago, to send an SOS for the family through the media.
Mr Ikrama said he was moved by the story of the conjoined twins when it appeared in the Zambia Daily Mail and he decided to help the family.
“I feel it is our responsibility as human beings, first, and as businessmen to come in to assist. Already our Government is doing so much, but we CLICK TO READ MORE