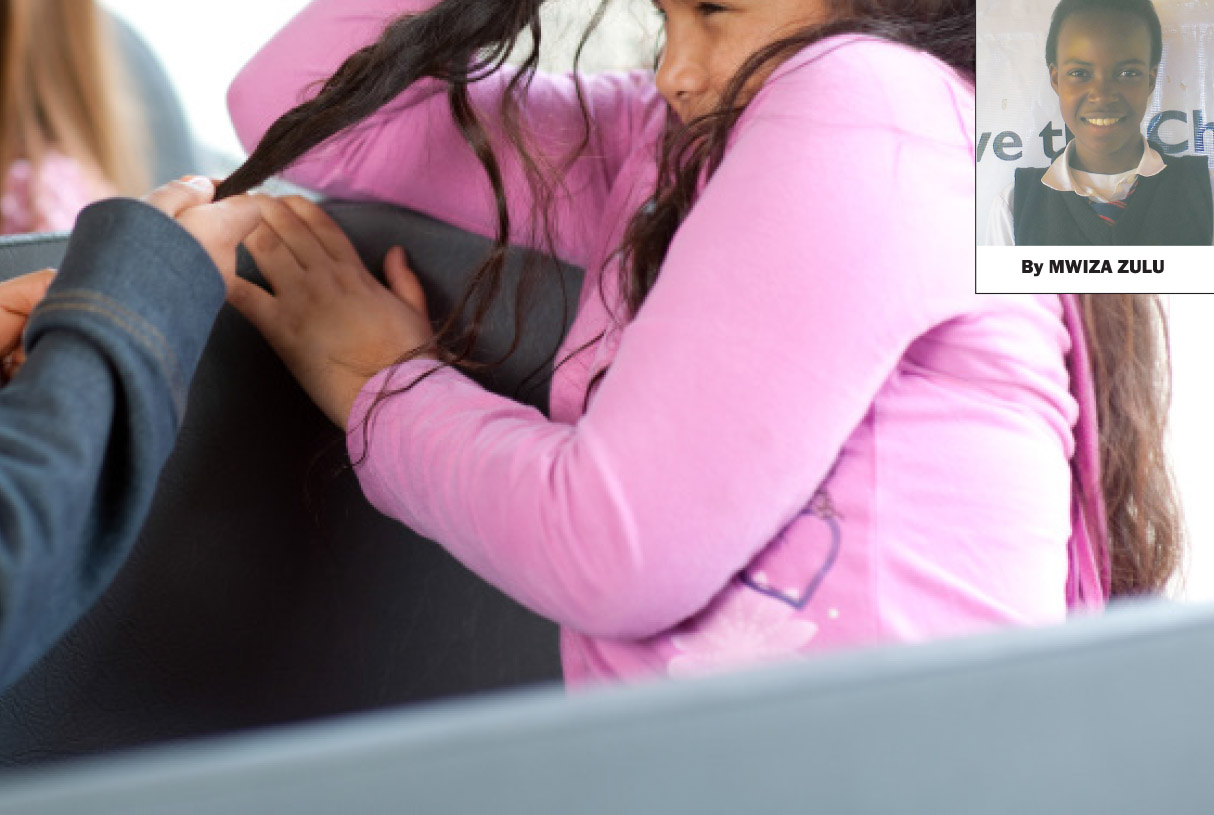 YOUNG WRITERS with MWIZA ZULU
VIOLENCE against children is a common happening, especially among children themselves. This is referred to as bullying.
Bullying is defined as the use of force or threat to abuse or intimidate others. School children are most vulnerable to this vice, as bullies want to feel dominant of others in their environment. Although the blame is always put on the bullies, it is important to know the reasons for their actions.
Studies have shown that one of the major things that make children bully others is their sense of insecurity and weakness. One might argue that bullies seem confident and sure of themselves, but they usually feel inferior to others. This could be caused by past experiences or abuse and they, in turn, use violence among their peers to feel secure. One would say bullying is a never ending cycle because people who are bullied tend to bully others.
Another cause of bullying is the rewards bullies receive. These are usually unintentional because bullies often snatch their victimsâ€™ money and other belongings. They are also rewarded with popularity and attention. This motivates them to continue bullying.
Sometimes people get frustrated or angry, and usually canâ€™t stop themselves from doing things that will hurt others. When children canâ€™t control their emotions, small things can cause them to severely overreact.
Psychological help is what is needed to control or help bullies, according to Augustine, a grade seven pupil. This would be the most efficient way to stop bullying.
Bullying can have dangerous effects on victims, both physically and mentally.
One psychological effect, to the highest extent is suicide. Victims of bullying may want to kill themselves to save themselves from pain.
Also, victims may suffer from physical body injury from bullying. They may also have health complications.
As stated earlier, bullying is a cycle so victims may also become bullies thereby making it an on-going vice. It is, therefore, important that everyone is involved in the fight against bullying, making the environment safer and more peaceful for every child.
The author is a member of the Childrenâ€™s News Agency (CNA) Lusaka Bureau, cnazambia@gmail.com.

Medicine is my ambition – Mary

Be proud of your good values

â€˜I will use law to better livesâ€™