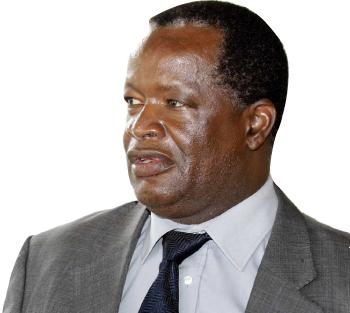 GOVERNMENT has noted with concern that the decision to abolish checkpoints has led to bullying and disorder on public roads. On September 19, Minister of Home Affairs and Internal Security Jack Mwiimbu directed the police to tone down on snap traffic checkpoints which allegedly abetted corruption, while most motorists complained of harassment. Mr Mwiimbu said only approved security checkpoints should be undertaken. However, the minister’s pronouncement has culminated in lawlessness as there is general disregard for traffic rules while unlicensed drivers and unfit vehicles are freely roving.
Further, some members of the public and motorists are now bullying and attacking traffic police officers for ensuring sanity on the roads. In a statement yesterday by Ministry of Home Affairs public relations officer Nephas Chifuta, Mr Mwiimbu regrets the emerging anarchy on public roads. Mr Mwiimbu said disregard of traffic regulations by some motorists following the directive to halt roadblocks is worrying. “The directive by the minister of Home Affairs and Internal Security to abolish traffic snap checks and only maintain security checkpoints did not imply tolerating lawlessness on public roads,” the statement reads. Mr Mwiimbu has implored traffic police officers to enhance motorised patrols, speed management and control of traffic at busy points. He said traffic police officers have a constitutional duty to ensure public safety is not compromised. “The Zambia Police Service traffic unit, working CLICK TO READ MORE