JUSTINAH KAPAMBWE, Lusaka
TWO weeks after police officers shot and wounded 27-year-old Victor Chirwa, a pharmacist, on claims he was behind a robbery, doctors at the University Teaching Hospitals (UTH) are yet to remove the bullet stuck in his pelvis, thereby causing excruciating pain. On November 20, 2021, Mr Chirwa, who was in the company of his wife, Peggy, was shot at by police after it was reported that the vehicle he was driving bore the number plate as the one used in an aggravated robbery, where unknown criminals went away with K1 million in Kamwala’s Madras area. Mr Chirwa is now forced to lie on his sides after doctors performed an operation on his belly to drain a watery substance which was making it [belly] swell. An impromptu visit by a Daily Mail crew at the UTH male ward where Mr Chirwa is admitted found him fast asleep after receiving medication. The development has continued to worry his relatives, who have called for justice in the matter. Mr Chirwa’s relations refused to CLICK TO READ MORE 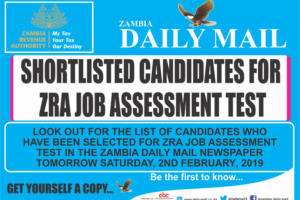