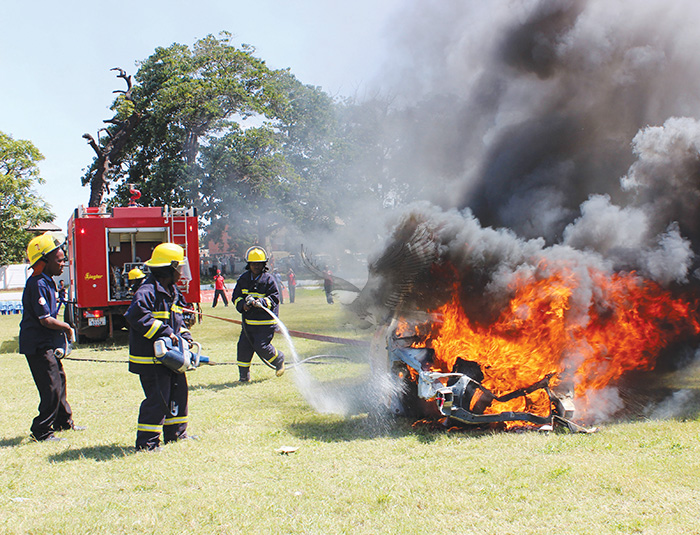 CATHERINE MUMBA, Lusaka
THE Fires Services Union of Zambia has thanked the Patriotic Front (PF) government for announcing that it will build 10 fire stations countrywide.
General secretary Clement Mulenga said in a statement yesterday that the union is grateful to the Patriotic Front (PF) for the massive support it has rendered to the fire service sector, which has been neglected since independence.
â€œThe union wishes to urge Government to speed up the process of constructing the stations in order for the fire officers to operate in conducive environments. Ever since your government came into office in 2011, this union has witnessed great achievements towards this sector,â€ he said.
Mr Mulenga said the union is also pleased http://epaper.daily-mail.co.zm/