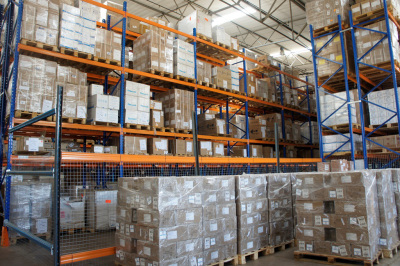 FORMER United States of America President Bill Clinton, during his tour of the Medical Stores Limited (MSL) in 2007, described it as a magnificent distribution centre.

Mr Clinton hailed MSL as a model that needed to be replicated across Africa.
True to Mr Clinton’s words, MSL has withstood the test of time because it has evolved from merely protecting stored items from loss, damage, theft, or wastage to reliably managing medical supplies from source to user in the most economical and expeditious way.
MSL has been efficient in its discharge of its responsibilities in meeting the ever-rising demand for medication for a growing population, especially in the advent of HIV and AIDS, rising high incidences of malaria, tuberculosis and emerging lifestyle diseases such as diabetes and high blood pressure.
Transforming MSL into a demand-led organisation is the reason it is now a model for medical operations in sub-Saharan Africa and being emulated and adopted by some African countries.
Because of the oversight and hindsight in doubling medical stock availability, and ensuring that almost 90 percent of deliveries arrive on time, the MSL has ensured there are no stock-outs in medical facilities.
This the MSL has executed through the establishment of regional hubs in Chipata, Choma, Kabompo, Mansa, Mongu and Mpika, with Chipata, Choma and Mongu being operational hubs so far to reduce further stock-outs at facility level.
MSL has constructed new office buildings in Choma, Chipata, Mansa and Mpika to make its operations sustainable.
Little wonder the good works of the MSL have attracted the attention of the European Union (EU).
The EU has given MSL a K58 million grant agreement to support the establishment of a central warehouse for processing medicines that meet international quality standards.
This is designed to enhance MSL’s capacity to store and distribute medicines.
The K58 million grant is a measure of confidence in MSL’s ability to help the country improve effectiveness and cost-efficiency of the pharmaceutical supply management system.
Given MSL’s credentials, the grant will further build capacity of the institution to contribute to the improvement in availability and correct use of quality assured medicines.
We are glad that EU is supporting phase two of MSL master plan for extension of the central warehouse using financing under the €18 million funded health systems strengthening programme.
Besides the construction of the warehouse, the two-year project will support the establishment of a storage space for hazardous goods and renovation of existing stores and surroundings.
We urge the MSL management to ensure that the grant from the EU is used with prudence.
Management should avoid the temptation of diverting the money or any part of it because, if discovered, the backlash may be catastrophic to contemplate.
The EU came on board because of the good reputation the MSL management has built over the years, coupled with its master plan.
We are living in an era when accountability and transparency are more cardinal than ever before.
Given its noble mandate of supplying life-saving drugs, MSL should be a living example of transparency and accountability.

Terror groups should be caged
Let’s stop the cholera shame