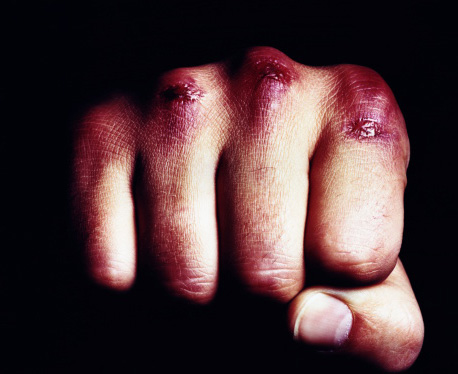 â€¦for allegedly insulting their parents
By BUTTYSON KANDIMBA and NANCY SIAME
POLICE in Mwinilunga have arrested two siblings of Samutondo village in Chieftainess Ikelengeâ€™s area for allegedly beating their 28-year-old brother to death after he insulted their parents.
Crispin Sambinga, 32, and Collins Sambinga, 26, are said to have beaten their brother Reagan Sambinga last Friday around 01:40 hours at Samutondo village.
North-Western Province deputy commissioner of police Michael Nkaka said the matter was reported to police by the suspectsâ€™ mother, Kutemba Sambinga.
â€œCrispin and Collins allegedly beat Mr Sambinga to death after he allegedly insulted both of their parents. They punched him and broke his neck,â€ Mr Nkaka said.
The body is in Mwinilunga District Hospital mortuary and the suspects will appear in court soon.
And a 70-year-old woman of Samfya has died after the house she was sleeping in caught fire.
Five other houses were burnt destroying property worth over K50,000.
And two of the three children who went missing two weeks ago in Mansa have been found, with medical tests revealing that they were sexually abused.
Luapula Province commissioner of police Malcolm Mulenga said Margaret Mwape was burnt to deathÂ  on Sunday around 20:45 hours atÂ  Malando village after her 14-year-old granddaughter Rebecca Mumpambe left a candle burning and sneaked out of the house to visit her friend within the village.
â€œRebecca left a candle burning and it melted resulting in the table catching fire and before long the entire house was on fire and the old woman failed to get out of the house,â€ Mr Mulenga said.
He said the fire spread to five other houses but that the occupants escaped unhurt.
Mr Mulenga said two affected families lost K15,000 and K5,000 cash, which was burnt.
â€œThe two families had just collected the money from the government after selling their maize to the Food Reserve agency,â€ Mr Mulenga said.
He said the remains of the deceased were immediately buried and police do not suspect foul play.
And two of the three children who went missing on September 10 in Mushipashi farm area in Mansa have been found about 15kms from their home.
Mr Mulenga said the children, aged seven and five, have been found while the youngest, aged one, is still missing.
He also said medical tests done on the children reveal that the two girls were sexually abused.
â€œThey have been missing for the past two weeks and they were taken to the hospital where it was found that they had been sexually abused,â€ he said.
He said the search for the youngest girl has continued.
â€œWe have tried to interview the two children but they are not saying anything sensible,â€ he said.
The children disappeared after they went with their parents to the family cassava field to harvest some of the crop.
The parents had briefly left the children to soak the cassava tubers in a nearby stream and when they returned, the children had disappeared.