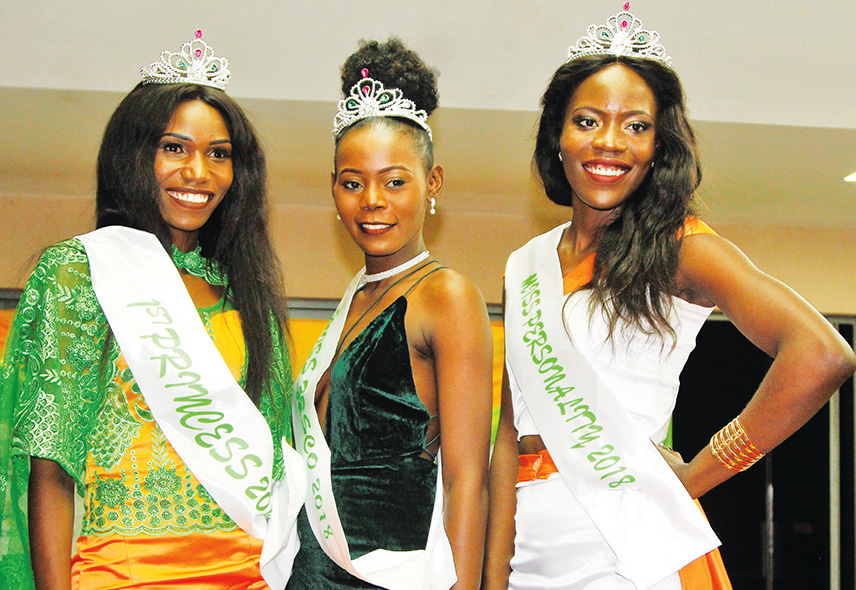 STAFRANCE ZULU, Ndola
BRENDA Zulu, a 20-year-old cashier, beat nine other contestants to win the inaugural Miss Zesco United, Fan Club title in Ndola last weekend.
The pageant is named after the MTN FAZ league champions Zesco United who have been steadily growing their support base in the country, thanks to their performance in the local league and Confederation of African Football (CAF) competitions.
The contest was too close to call but in the end, the adjudicators decided that Brenda was the more deserving of the K2,250 cash prize that was staked for the overall winner.
Mwape Namakau, aged 21, and a pharmacy student, was the First Princess and walked away with K2,000, while law student Febby Ng’andwe, 23, was voted as the Miss Personality and bagged a K1,750.
Other contestants were Amy Kaunda, Martha Musonda, Thokozile Nkhuwa, Victoria Kashiwa, Helen Malyano, Cheosi Kapungwe and Bianca Kashiwa.
The pageant, which was staged by the Zesco United Fan Club organising committee led by the chairperson, Christabel Mulenga, secretary general Elias Kangwa, finance secretary Perry Shikamo and Monica Mwenda, who was in charge of the models, was spiced by performances from Macky II during intervals.
There was also a musical performance from Zesco United striker Maybin Kalengo, who doubles as a musician and footballer.
While Kalengo’s performance was intriguing, it was Macky II who laid the marker with the performance of Lolololo as the first song before ending the night with Mutima Wandi. The other songs Macky II performed are Nangu Banchinge, Everything is Better and Mulungu Anipasa Double.
But do not take anything away from Kalengo. He was certainly not out of place holding that microphone on stage in front of his teammates. If he can score away from home during football matches, how about at home! His songs Zega Abwela and We are the Champions, were apt.
Zesco are the champions.