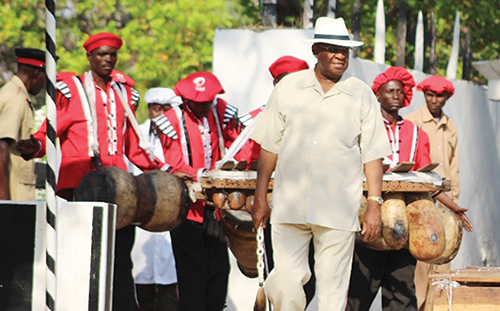 KAPALA CHISUNKA, Lusaka
THE Barotse Royal Establishment (BRE) says taking cognisance of the various interventions made in the past concerning the BA 1964 agreement, it is ready to move forward in a new spirit and fresh approach under President Lungu.
The BRE said in a joint statement signed by Induna Kalonga, Induna Namuyamba and Induna Katema that it acknowledges the positive and principled pronouncements made by President Lungu expressing his desire to find an amicable solution to the Barotse Agreement of 1964.
â€œResponding to international press while attending the AU summit in Addis Ababa in January this year, he said he was firmly committed to finding an amicable solution to the BA 1964 by engaging in dialogue with the people of Western Province,â€ the statement reads in part.
The BRE said it is strategising to engage in pre-dialogue consultations with stakeholders in Western Province, who share the vision and are committed to observance of democratic principles, peace and the rule of law.
â€œThe objective of the pre-dialogue consultations is to agree on dialogue bench- marks. In our quest to achieve full dialogue with central government, the BRE shall seek to involve the broadest possible and practical representation of stakeholders,â€ the statement reads.
The BRE has since appealed for calm, restraint and tolerance among all stakeholders while delicate matters are being tackled.