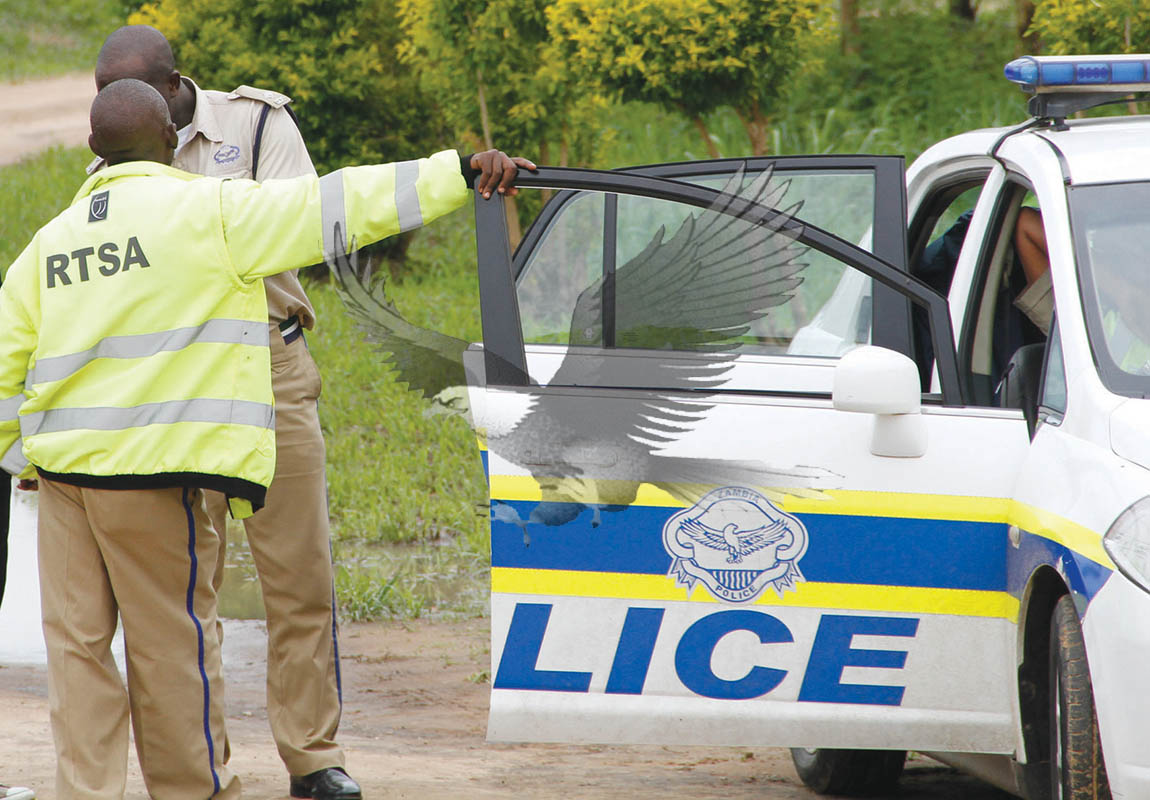 THE great and tireless effort by the Road Transport and Safety Agency (RTSA) in curbing road carnage through the installation of speed cameras on key roads cannot go unnoticed.
This is so because Zambia has lost countless lives at the hands of wanton drivers owing to the general categories of recklessness and selfishness.
It is in this spirit that we give deserved commendation to the agency and urge it to even invigourate further its well-appreciated initiatives in reversing road carnage.
As a reminder, RTSA, through its cameras installed at different spots on different roads in Lusaka, has captured 45,000 motorists for the embarrassing offence of overspeeding – embarrassing because most of the time, it is not necessary. This is even more important when we turn to consider the gloomy history our country has had.
Just under 10 years, Zambia has painfully witnessed or endured an overwhelmingly high number of fatal road accidents. To mention only a few, we have in mind the Chibombo accident, which claimed in excess of 60 people, and the Nyimba accident. These and many other accidents have undoubtedly left serious emotional scars on many Zambians.
Although the initiative by RTSA is still in its infancy, it is encouraging to note the high number of erring motorists who have been caught.
This is the way to go, as it will foster high levels of compliance and improve sanity on our roads.
It cannot be doubted that RTSA is committed to reducing road accidents on Zambian roads. This we say without losing sight of the fact that the agency’s initiatives have involved investment of large sums of money. Well done, RTSA!
What is even more important is the fact that the erring motorists will pay through their nose for something they could have reasonably avoided, but thanks to their mischief, the agency has made K13.5 million in the last one month from the 45,000 culprits, although this number includes double, triple or even quadruple offenders .
Each one of them has to pay a penalty of K300 for breaching speed limits.
Already, the cameras have instilled good fear in many motorists as could be noticed from RTSA head of public relations Frederick Mubanga’s remarks.
“It’s now a month from the time we implemented the programme [installation of speed cameras] to monitor motorists’ behaviour on the road.
“All I can say is that the response has been good so far, we have seen a reduction in the number of [those] motorists violating traffic rules.
“We recorded about 21,000 traffic violations in the first week after the installation of the cameras. We went on to record a reduction of 15,000 cases of traffic violations in the second week while the third week had 9,000 cases,” he said.
We hope this progressive initiative will be extended to the rest of the country or at least major cities where there has been rampant and reckless violation of traffic rules or indeed the High Way Code.
With that, we now turn to motorists in Zambia: surely, you do not want to part with hard-earned cash all because you failed to comply with set speed limits on the roads.
On the other hand, some of the consternation by the motorists is understandable, especially with regard to some of the speed-limits.
On some roads upper limits of 60km/h or even 40km/h are just ridiculous. It would be understandable if these limits are in residential or built-up areas, but in some instances, this is not so.
RTSA or whoever is responsible for setting these limits must review some of these figures. Surely, driving at 50km/h on a highway is not overspeeding by most reasonable standards.
On certain roads, the constantly changing speed-limits are also a concern. Some of the distances between changes are under 100m. Who does that, surely?
Motorits should be reminded, however, that as this concern is hopefully being attended to, they just have to restrain their urge to surge forward at desired, but illegal speeds.

It takes two to tango
Zambia well-placed for SADC role