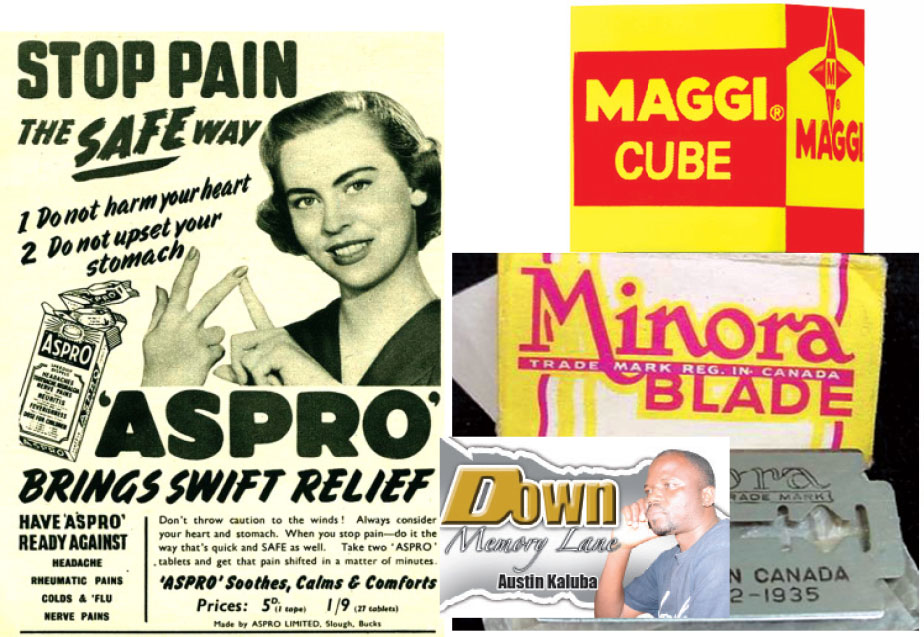 DOWN MEMORY LANE with AUSTIN KALUBA
THIS week, I will look at brand names that became household names in the 1970s. Here are some of them.
1. Popular adverts included Maggie Cube vans with a jingle in ci-Bemba: â€œShiteni Maggie Cube, shiteni Maggie Cube.â€ The product was made by Lever Brothers, a company responsible for many essential commodities like Stork Margarine, soaps and detergents.
2. Emment Kapengwe, an early soccer export to America was used to feature on the dairy choc milk advert posters. Cafenol or Aspro posters featured a smiling handsome man.
3. Minora razor blades featured four pictures of a man shaving under supervision from another man. There was an advert of Coca Cola with a picture of a dancing man in sun shades holding a bottle of Coca Cola.
4. Strike washing powder featured an afroed woman sitting on a packet of strike with the words â€˜I am on Strike.â€™ Vaseline white petroleum jelly was also widely advertised. A popular ci-Bemba programme Ifyabukaya sponsored by Colgate Palmolive advertised the companyâ€™s products like Morrison and Colgate toothpaste.
5. Other products of the time included pepsodent-a toothpaste, pepsi, stork margarine with a picture of a stork on the tin, milo-with a picture of an athlete in action.
6. Good Morning cough syrup (a potent liquid medicine that tasted like boiled chilli), sun beam floor polish-red and white, gripe water with a picture of a baby and cow and gates milk were popular.

Farmers to be paid by end of this year – Simuusa
Tribute to Mr Sata: A fallen leaf