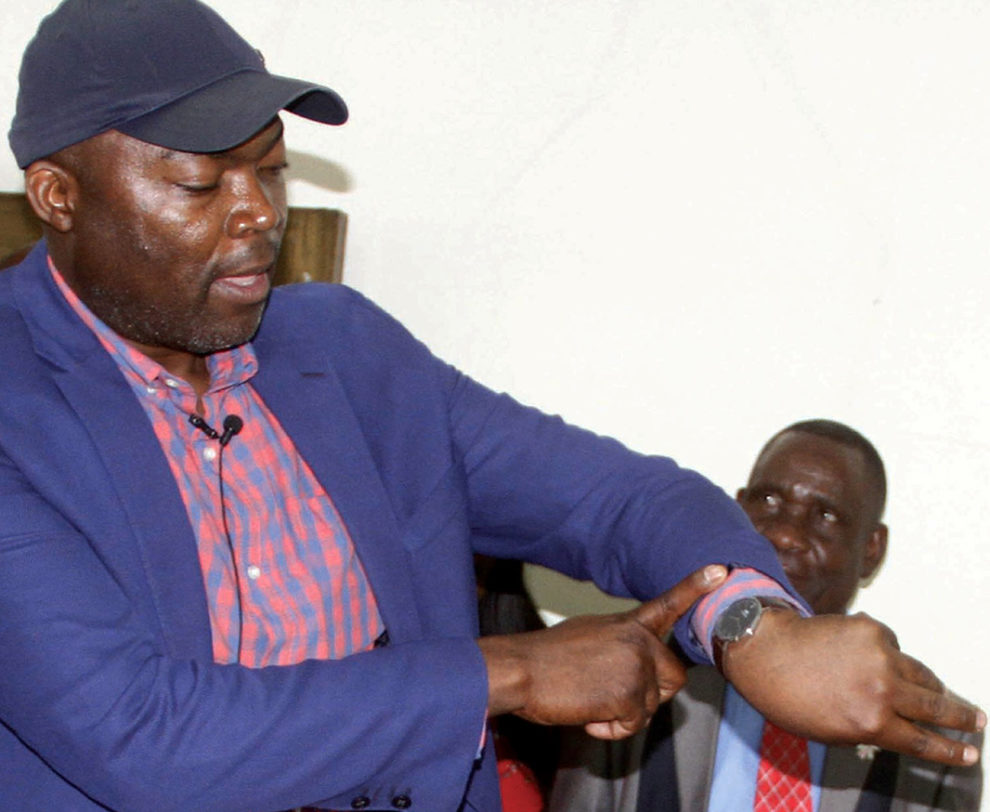 JACK ZIMBA, Lusaka
WHEN Bowman Lusambo landed in the capital as provincial minister in February, he hit the ground running, promising to transform a city reeling from one of its worst cholera outbreaks in years.
But in his quest to bring sanity to the city, President Edgar Lungu’s Valentine’s Day appointment has created not just friends among the Lusakans, but some enemies, too.
He was greeted with protests to the capital after a large billboard bearing his image was erected to announce him as the new provincial minister. It was soon pulled down.
But from the time he settled down in office, Mr Lusambo’s approval ratings have been swinging like a pendulum as the public is largely divided in opinion of him.
His radical approach to politics and governance has endeared him with some residents, while estranging him with others, who think the new minister may be overdoing things, and probably overstepping his boundaries.
Yet the 42-year-old is unrelenting and, like a feisty bulldog, is undeterred in his path.
“I have work to do,” he says as he sits behind a large table in his office.
He sports a suave look, with a trendy jacket, and calmly explains his vision for the province.
Mr Lusambo portrays an image of a man on a mission. He also seems to have more political tact than is actually credited to him.
Neither is he unaccustomed to political drama, usually switching roles between hero and villain.
He has even been depicted as Spiderman on social media.
In March, he was suspended from Parliament for assaulting a fellow MP and was made to apologise for his actions. That incident could have damaged his political career, but then he always seems to know how to get away from trouble.
Not too long ago, Mr Lusambo had branded himself as a die-hard supporter of the opposition Movement for Multi-party Democracy (MMD), fiercely defending the party and its leadership.
It may appear that nothing much has changed about him, only now he is a die-hard supporter for a different cause and a different political master.
“I want to make sure that the vision of President Edgar Lungu is fulfilled,” he says. “The President has a vision and we need to tap into it as government workers.”
“I’m here to change a lot of things,” he adds. “I want to assure the residents of Lusaka that I’m here to work, that is all, and I need support from the residents.”
Top on his agenda is the illegal land allocation that has added to the capital city’s chaos over the years, as well as bringing the much-needed development.
But he says there has to be mind-set change first.
“Transformation starts with the people themselves, we need to change our mind-sets. It is only when we change our mind-sets that we are going to see meaningful development in our city,” Mr Lusambo says.
“I have travelled quite a bit around the world and have seen how other countries have developed and those people are just human beings like us, so my aim is that we change the mind-set of our people towards work,” he adds.
And he sees himself as a catalyst for change, an example of hard work, patriotism and good work culture.
“I’m here 06:45 every day and I knock off around 19:00 hours,” he says when asked about his reporting time. “Sometimes I’m in this office before my office assistants and they start cleaning the office when I go for lunch and sometimes I don’t even go for lunch but just eat fritters and cassava right here.”
The minister chides the young people for being lazy and lacking patriotism.
“Patriotism is very important in life. If you want to achieve anything in life, you have to be patriotic to your country,” he says.
Mr Lusambo says service must be above gain.
“It’s not about money, but service,” he says.
And he is not seeking everybody’s approval either.
“When you are doing something, definitely it is not everyone who will be clapping for you. Some people will be unhappy,” he says.
Mr Lusambo’s actions may also be causing some discomfort among his colleagues in Cabinet.
“It’s not all the ministers who are happy with the way I’m working,” he says.
But he insists he is not overstepping his boundaries.
“I’m keeping to my lane,” he says.
Some have also criticised Mr Lusambo as a “media-happy” person.
“It is because I make news,” is his response.
Mr Lusambo says all he wants is to leave a better country.
“I want to leave this country in a better state when I die. I want to add value to this country. Posterity will judge us harshly if they find this country in disarray,” he says.

Why I decided to lose my foreskin
ICT education in schools:Pros, cons