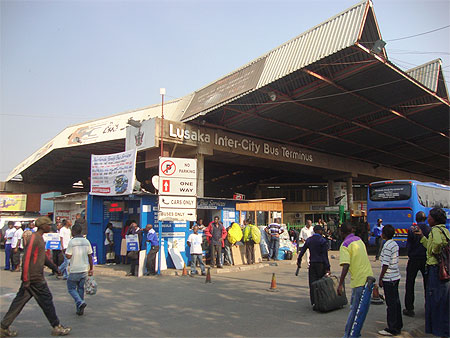 IN LEADERSHIP, there comes a time when one has to make difficult, bold and possibly unpopular decisions.
In any democracy, politicians for instance, are always careful to ensure that they please the masses that carry the voting power.
As such, it takes a lot of boldness to make certain decisions. In Zambia, the issue of cadres taking over markets and bus stations has been a thorny one for many years.
The trend of cadres taking over trading and other public facilities assumed more prominence in the MMD era and has been entrenched over the years.
Cadres today wield so much power over who uses these facilities and how much they pay.
This has deprived local authorities of their major source of income. Instead, the money levied on traders and bus operators is diverted into the individual pockets of cadres.
Today, councils are one of the most ‘destitute’ institutions due to lack of funding. Councils wholly depend on the Equalisation Fund, which has proved far inadequate and is not purposed for what it is being used.
This is why today councils are struggling to meet operational costs.
What is even more saddening is that cadres have not only hijacked the council revenue streams but are also harassing the very people they claim to be serving.
In other words, under the cadres’ reign, traders and bus drivers are made to pay levies and yet no service is delivered.
For instance, through the levies traders pay, it is expected that the trading facilities and areas will be kept in good sanitary conditions. There is need to ensure that garbage is collected and disposed of in designated places, toilets kept clean and any damages on the infrastructure repaired. Trading facilities are also expected to have running water and functional sewerage lines.
All these are services the council is supposed to look into in collaboration with other stakeholders.
However, this is only possible if they are the ones collecting revenue from these public facilities.
Reports and lamentations that often come from these traders indicate that most of these services are not available. Instead, they have to dip into their pockets again to contribute towards accessing these services.
As for cadres who collect revenue from the public facilities instead of providing a service, they are known for harassing traders and all those who patronise these areas.
The behaviour of cadres has not only become a thorn in the flesh of traders and bus drivers but that of the public as well.
Places like Inter-City Bus Terminus and Soweto Market are not pleasant to go to because of the hostile environment created by cadres.
Members of the public have for a long time wished for the removal of these gangs hiding behind politics.
It is, therefore, assuring and a sigh of relief that the head of State has stepped in to address the matter.
President Edgar Lungu has given ministries of Local Government, Home Affairs, and Transport and Communications a two-week ultimatum to rid public trading facilities and bus stations of cadres.
President Lungu is equally not amused with the lawlessness perpetrated in the areas by so-called cadres where harassment of innocent traders, bus drivers and citizens is the order of the day.
Certainly, a solution must be found.
Some of these criminals hide behind the name of the Patriotic Front (PF) to commit illegalities.
If these hoodlums are genuine members of the PF, they should understand that their behaviour gives the President and the party a bad name.
This behaviour by cadres in these public facilities has done more harm than good to the political parties they claim to belong to.
The President deserves commendation for taking a strong stance against this criminality.
The message is loud and clear; any self-acclaimed cadre operating in these places has no blessing of the President and party leadership.
In other words, they are criminals who must be arrested with immediate effect.
It is, therefore, good that Home Affairs Minister Steven Kampyongo has assured the public that the police are ready to swing into action to enforce the directive.
Indeed enough of illegalities, it is now time to act to sanitise markets and bus stations.