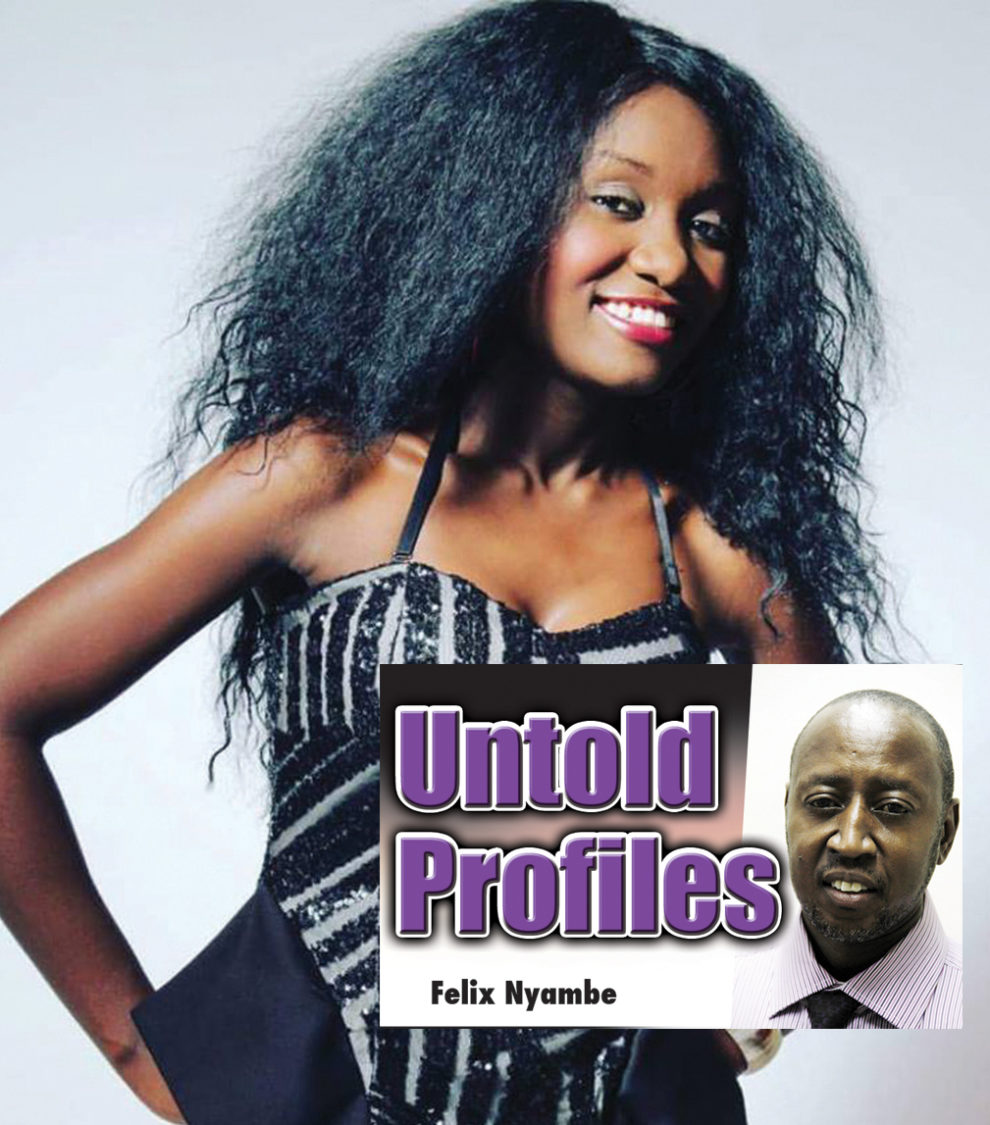 Untold Profiles with FELIX NYAMBE
DURING her time presenting 3.7 Blaze Show on the Zambia National Broadcasting Corporation (ZNBC) TV2, the elegant presenter has

shown so much passion for the music industry.
Undoubtedly, she wants local acts to perfect their craft.
Hellen Zulu, or simply Girl Hellen, is her name.
Her musical programme was previously presented by G-Wise and Kachanana, who have since gone on to forge careers as recording and performing artistes.
Will she follow suit? Time will tell. But for now, Girl Hellen is happy to be play local videos and getting up close and personal with some of the most happening artistes on the music scene.
Born in the month of love, February 28, 1990, Hellen is the last born in a family of five; four girls and one boy. She is married to Yobe Phiri.
“I attended my grades one to seven at Kasenje Basic School in Kafue before moving to Kafue Day High School for my grades eight and nine,” revealed Hellen.
She completed her high school at Naboye High School in 2013. But while in high school, she was also studying journalism at the University of Zambia (UNZA) Ridgeway campus, where she also excelled in the game of chess.
But all this while, the chic presenter was getting inspiration from the likes of Flava FM Radio proprietor Gesh Groove (Chishala Chitoshi), the lawyer-cum-television and radio personality.
“In my early days in journalism school, I was inspired by the likes of Gesh Groove and Smooth IK (Innocent Kalaluka), who later became my workmate at ZNBC. I simply admired their hard work,” she says.
In fact, as far back as 2010, Hellen was contributing to Smooth Talk, often bumping into the crème de la crème of local celebrities such as Macky II, Slap D, Dandy Krazy and Mampi.
With determination, perseverance and hard work, Hellen eventually clinched the position of floor manager at ZNBC before later becoming the field presenter for Smooth Talk.
Obviously, she has had to navigate a few challenges along the way.
“I think one of the challenges in the industry is that it’s very competitive. There are a lot of qualified people, talented people and there are few employers,” she says. “So, to really get a job, it was quite hard, that was why I ended up working voluntarily at ZNBC for some years as I endeavoured to convince the powers at Alick Nkhata Road that I could actually deliver.
“That was one of my greatest challenges, to be able to convince people that you are able to deliver, it was really a huge challenge.”
As for the music industry, Hellen reckons it’s growing in the right direction as compared to a few years back.
“It has actually grown because we are now able to listen to a lot of good music,” she says. “We have great audio productions and great video productions, but I will be the happiest to see our artistes become household names in other countries. Our artistes already have the local market; all they need is to target the international market. We need a lot of our artistes to compete internationally.”
Still, Hellen, who likes the music of Afunika and Chris Brown, wants to see more extra work from the local artistes because African music has grown tremendously as evidenced by the likes of Nigerian artiste Wizkid who recently won some Billboard Music Awards.
In addition, Hellen is concerned that local artistes lack management. She believes that if artistes can get good management, it would help bring in professionalism in the industry.
“Music is not only entertainment but a business and our artistes are brands. They need proper branding, and they need to invest in the business. Then, it will pay off,” says Hellen who also hosts the Unwrapped Show on ZNBC TV2.
Being a female, she is concerned with how female artistes are doing.
“For the ladies, it’s saddening to see that they fail to sustain themselves. Most of the female artistes I have spoken to feel the industry is very challenging and they don’t seem to get enough support. For some, they get married and that’s the end of their music, which is really saddening,” she says.
“[For] Mampi, Judy Yo, Wezi, they are perfectly okay, but I wish Nalu could really come back.”
fmmusik@yahoo.co.uk, 979360993/0964873656.