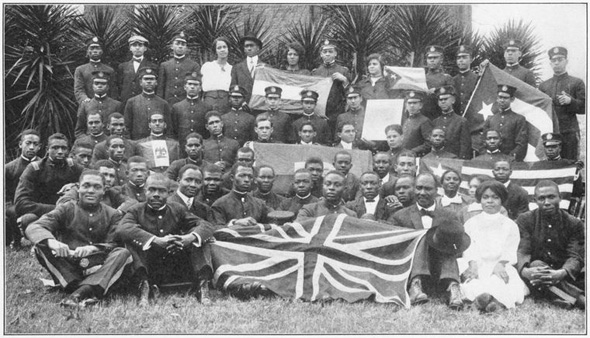 DOWN MEMORY LANE with AUSTIN KALUBA
THIS week I will continue looking at colonial Zambia and how it impacted on white/black relationship and birthed some stereotypes that have survived to date. So come down with me in a Black Maria to those heady days.
1. Between the privileged elite and those who hewed wood and drawers of water lay a small intermediate class of South Asian traders and craftsmen and those of mixed race.
2.Â  Aware of this privilege, Asians taunted Africans in ci-Lapalapa â€œLo country ka wena, lo mali ka minaâ€ – the country is yours but the money is mine. Zambians of mixed race also looked down on Africans and exaggerated their white side of parentage living in â€˜colouredâ€™ quarters like Thornpak in Lusaka, Coloured quarters in Kitwe and Hillcrest in Ndola.
3. The ruthless government of Northern Rhodesia by the BSAC came to an end in 1924, when the administration of the territory was taken over by the Colonial Office. The ideology of the colonial administration was paternalistic, stressing the civilising activities of administrators, missionaries and settlers in meeting the needs of the Africans of the territory. The practice, on the other hand, was frankly racist and exploitative. The territory was not developed to become an integrated, balanced economy serving the needs of the population, but rather to serve the interests of the British economy as a supplier of raw materials and labour and as a site of profit extraction.
4. The best land was reserved for whites and no efforts were made to develop indigenous agriculture or manufacturing, or to share the profits of mining with the colonised. This imbalance created a dependence syndrome on the part of the Africans whose only meaningful source of income was to work for foreigners.
5. The impact of formal education on language consolidation was reinforced by trends in the popular media. In 1936 the colonial government began to publish the African newspaper â€˜Mutendeâ€™, as a response to the Watch Tower Movementâ€™s publication The Watch Tower, by that time, in wide circulation around the protectorate. Published in Bemba, Nyanja, Tonga, Lozi, and English, Mutende reached a peak circulation of 18,000 during the war years.
6. Even more important than newspapers was radio broadcasting like the â€œSaucepan Special,â€ an inexpensive battery-operated radio set developed specifically for the Northern Rhodesian African population. Thousands of Africans had access to radio in Northern Rhodesia by the 1950s. The Northern Rhodesian Broadcasting Service was the first radio service in Africa to allocate significant air time – fully 72 percent in 1952-to programming in vernacular languages. Bemba, Nyanja, Tonga, and Lozi were chosen, with English, as the languages of Northern Rhodesian broadcasting. Because radio reached such a large population, the choice of these languages had a critical impact on patterns of language consolidation in the country more, in all likelihood, than the educational system, which directly touched fewer people. Radio was considered an authentic source of information thus the ci-Bemba phrase â€˜Radio taibepa.â€™
7. The British colonial government banned the consumption by Africans of all European-type alcoholic drinks and placed tight restrictions on the brewing and sale of grain beers. The â€˜nativesâ€™ raised complaints at the monopoly European brewers enjoyed. This monopoly left women brewers in the dark. Beginning in the mid-1950s this anger erupted in a series of protests and boycotts on the Copperbelt. The anger was directed against municipal beer halls. The protesters, many of whom were women, opposed the exclusion of Africans from a potentially lucrative sector of trade.