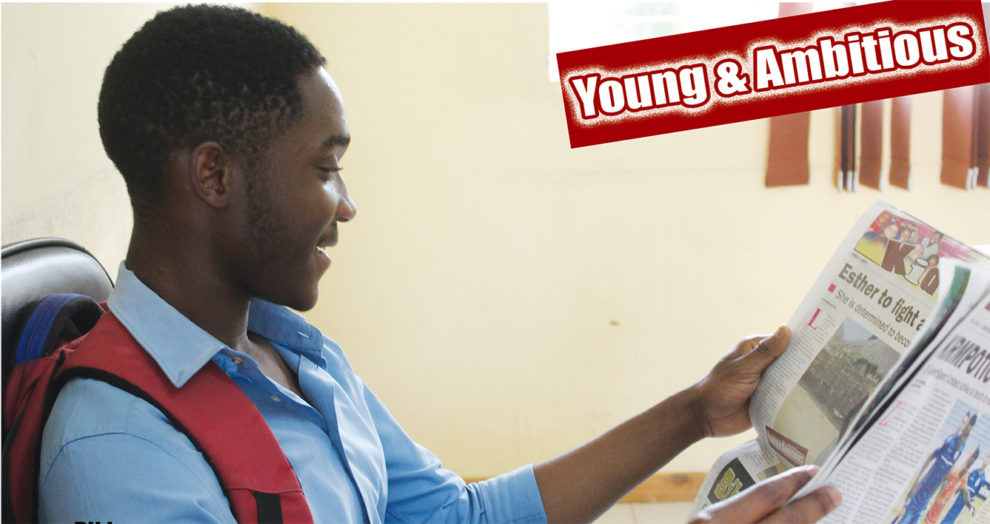 Young & Ambitious:
NDANGWA MWITTAH, Choma
IT IS the final term on the school calendar and some pupils will do anything to pass an exam. Some will do so with the help of their parents.
Everyone knows about leakages.

But 17-year-old Bill Muleya is at ease.
Bill, in Grade 12 at Choma Secondary School, is aiming to get anything below 10 points. His dream is to become an accountant.
“I know my performance isn’t that good but I can also safely say that it isn’t as bad either,” he says. “I know the areas I need to work on for me to achieve my dream of becoming an accountant.”
Some of the subjects that Bill says he needs to improve in are maths, English and science.
“I am even going for tuitions because I know that I have very little time left before the onset of exams,” he says. “I don’t even want to think of the temptation of using a leakage because I know it is of no good in the long run. I don’t want to be stuck in the future because I used a leakage in Grade 12.
“It is always better when you study and do it by yourself because that way, you will be able to monitor your progress.”
Bill, a third born in a family of five, was inspired by his neighbour, Lesa Phiri, who now works for one of the major commercial banks in town, to become an accountant.
“When I look at him, I get inspired because he is doing very fine and that’s what’s prompted me to consider taking that path,” he says.
While his parents, Chrispin and Exildah Muleya, wish for him to follow his older brother’s route to go and study in the far East, which has become fashionable nowadays, Bill’s heart is set on the University of Zambia (UNZA).
“My brother is studying economics at a university in China and that’s where my parents want me to go,” he says.
But he is not fazed.
For now, all that he has set on his mind is to see off secondary school with good grades, without the help of a leakage whatsoever.