MARGARET CHISANGA, Lusaka
IN CHISAMBA, along the Lusaka-Ndola road, a few kilometres from the market opposite Zambeef, Amos Chola runs a tyre fitting business from a structure he constructed behind the filling station.

The ‘shop’ or more aptly ‘shelter’, made from wood logs, is surrounded by hundreds of used tyres. Mr Chola’s shop has no name, the words ‘tyre fitting’ are written with charcoal on one side of the wall, with a phone number written under them. But Mr Chola has big plans for his business.
“I am excited for the works [dual-carriageway construction] to reach this far because for me, this has always been a stopover for people as they refuel, buy products from the farms in the areas or even just to relax at Fringilla, in the process, many stop to have their tyres checked, and that means business for me,” he says.
Mr Chola is among many small-scale business owners who envision their business growing owing to the construction of the Lusaka-Ndola dual carriageway, which is projected to be complete within 48 months.
The works are currently in process after Government, through the Road Development Agency (RDA) awarded the contract to China Jiangxi Corporation for international Economic and Technical Cooperation (CJIC).
During commissioning of the construction of approximately 321 kilometres of the Lusaka-Ndola dual carriageway at a cost U$1.2 billion on September 8, President Edgar Lungu said the works came as an appropriate response to the increased traffic on the roads due to the booming economic activities in various sectors, especially in the mining sector.
It is this increased traffic that entrepreneurs like Mr Chola have decided to take advantage by setting up business centres at points where most drivers stop by to rest or refuel.
John Daka on the other hand, says his interest in the dual carriageway lies in the fact that it will increase his chances of getting more plumbing jobs as many companies will set up their firms near the main road.
“I came to live here (6 miles) from Lundazi in 2006. After several failed attempts to find employment as a plumber in Lusaka, I started doing small part-time jobs. My biggest contract came when this filling station (Kobil) was being constructed, so I decided to find accommodation in this area,” he said.
Mr Daka said as more industries started coming to the area, it became much easier to get more jobs as a plumber, creating a growth in his business.
“I now have plumbing contracts with over 5 companies along this road, so am assured of a relatively good income every day. So the more companies will open up, the more jobs for me,” he said.
And Richard Mwale, who owns a small grocery store near Katuba said the improved road network will make it easier for him to dash into the city and order supplies for his shop.
“One of the biggest challenges we face as small-scale traders is quick transportation, this is because we do not always have funds to make bulk orders, and we are always trekking back and forth to Lusaka to buy whatever products we may need as soon as a client pays us,” Mr Mwale said.
Heeding the call by President Lungu to give an opportunity to residents within the area where the road construction project is taking place, CJIC has employed several locals from Lusaka and Chisamba as employees on the project.
CJIC president Xu Guojian said under the principle of inheriting friendship, deepening cooperation and pursuing common development, CJIC would provide employment for more than 3,000 Zambian employees during the course of the project and train a large number of technical personnel,” he said.
The high number of employees provides a ready market for women selling food, who have since opened make-shift restaurants providing lunch and refreshment.
“We bring fritters down to the roadside in the morning and cook nshima during the day, because the high number of workers provides a big market for our food,” says Esnart Mbewe, who is found slicing cabbage in readiness for cooking.
These scenarios resonate with President Lungu’s speech in parliament when he officially opened the second session of the twelfth national assembly in a speech themed ‘moving towards a prosperous smart Zambia in peace and tranquillity without leaving anyone behind’.
“Sustainable development should be for all, rich or poor, differently abled persons, as well as those who are able bodied. We will continue to drive efforts to achieving a better life and a better Zambia for all,” the president said.
And Central Province Minister, Sydney Mushanga, said the fact that ordinary people are finding benefits while the construction is ongoing points to the many benefits that the complete project is set to bring for the country and the people.
“This road will enhance productivity, service delivery and the quality of life of the people,” he said.
Mr Mushanga said this is in line with the themes of the Seventh National Development Plan which was launched in with the theme ‘Accelerating Development Efforts Towards Vision 2030 without Leaving Anyone Behind’.
Back at Mr Chola’s tyre mending shop, a gentleman who refuses to be identified says a lot of lives have been lost as people try to cross the highways.
“We see a lot of big trucks passing with cargo, but that’s at another level, at my level what matters is that if an ambulance needs to go from Liteta hospital to the University Teaching Hospitals in Lusaka, it will be able to perform that task in the quickest possible time to ensure that lives are protected,” he says as he packs a tyre fixed by Mr Chola into his government-plated vehicle.
As Zambia gets poised to become a transportation hub in the southern Africa region, it is wonderful to note that citizens at grassroots level are part of the beneficiaries in their own desired way. 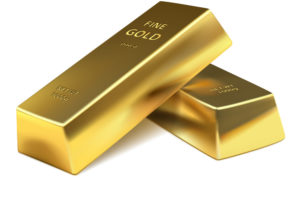