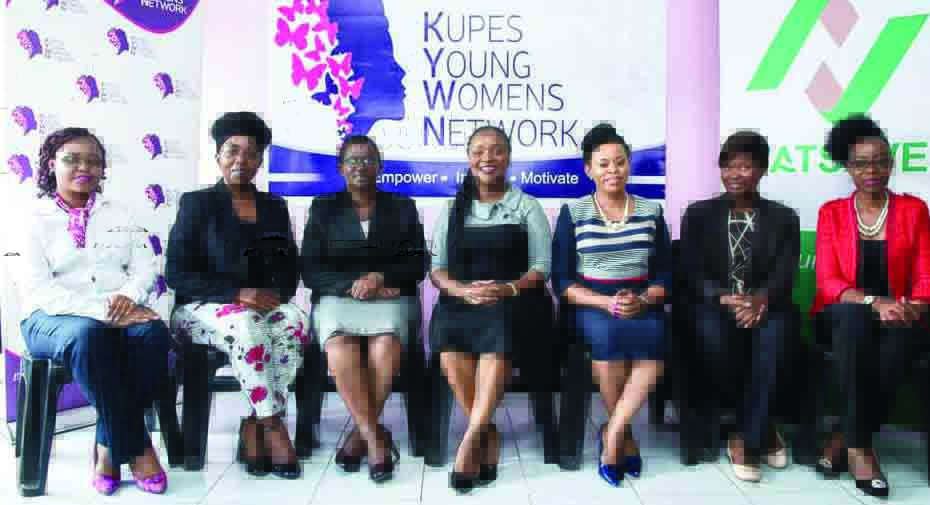 MUMBA MWANSA- MBEWE
Lusaka
‘I AM a victor now, not a victim. So do not look at me as this person that is really vulnerable. I used to be then, but am a different person now. I am a survivor of gender-based violence (GBV) in totality.
“I was a little girl that desired to get an education that would place me at a level where I could speak to someone when I went to the bank – I could say hello in local language and English. Unfortunately, at the age of 15, my dreams were shattered by my biological father, who robbed me of my childhood,” narrates Chipasha Iliamupu, who originates from a village situated eight kilometres from Kaoma boma.
Chipasha, as a young girl who was excited about being in Grade Eight despite coming from a family that lived in abject poverty, had a shock of her life when she was told she was getting married to a sergeant officer, a father of three, who was 20 years older than her.
“How they arrived at marrying me off, I didn’t know, but with time, I realised I was my only father’s asset to be traded off for an amount of money which he saw befitting for my body size and age. My father traded me for K300 as bride price,” explains the last born child of Mr Iliamupu.
From the word go, Chipasha was introduced to all forms of abuse – physical, sexual, emotional, psychological and verbal. She had to stop going to school despite her husband having had promised the family that he would educate her.
“During my initiation when I came of age, I was taught how to care for a man just like it is done when one is about to get married. I was also told never to disclose to anyone what is going on in marriage, hence keeping all the abuses I underwent to myself.
One day, I bumped into Young Women’s Christian Association (YWCA), who saved my life,” she says.
Chipasha began selling water in small packs – ice blocks – in order to raise money for her to continue with her education, a move that made her husband intensify his abuse towards her. But she had become empowered with knowledge provided to her by YWCA and this gave her an opportunity to conquer the world.
When she was in Grade 10, due to the intensified abuse from her husband, Chipasha filed for divorce, which the family objected to as she was their pillar to a better life, but she went ahead and divorce was granted by the courts.
Now a University of Zambia graduate, Chipasha says there is need for increased sensitisation on GBV as it comes in so many forms, which normally affects many people, especially the girl child that is married off at a tender age.
“Abuse happens at any age or stage no matter how much one is empowered. It is mostly on women – you are battered and given a nice posh vehicle to drive, which is covering up on the abuse you go through. A mere slap, and not a calculated one, is what takes many people to their early grave,” says Chipasha.
Scenarios such as Chipasha’s are what inspired the KUPES Young Women’s Network to launch its Big Sister mentorship programme in schools, which shall complement the efforts of various schools to achieve the goal of producing holistic young girls who have a clear understanding of their self-worth, purpose and capability.
During the launch on November 27 – coinciding with the 16 Days of Activism Against GBV – KUPES founder Norena Chiteba said there is need for young girls and boys to get empowered from a tender age as they are equally experiencing abuse in various forms, with rape being rampant.
“You are aware that there are so many cases of defilement being recorded. We need to keep having conversations and fight this. The men really need to stop what they are doing and get to a level where they understand that women and girls are just as human as they are,” Mrs Chiteba said.
She explained that time has come for the KUPES girls to roll out and inspire and motivate the young ones with all the knowledge and experiences they have attained so that there is national development.
Speaking during the same event, Ministry of Gender Permanent Secretary Auxilia Ponga said the ministry believes in uplifting the lives of women and has embarked on various programmes and projects, especially in intensifying the fight against GBV.
Dr Ponga said the KUPES Big Sister programme feeds into the sustainable development goal number five, which focuses on gender equality not only as a basic right but as a crucial ingredient to accelerate sustainable development.
“We h a v e s e e n a n unprecedented record of violent acts against women and girls in Zambia. In the third quarter of this year, 773 defilement cases were recorded, and out of these cases, only three were boys. In 2018, the country recorded 22,073 GBV cases,” she said.
NATSAVE chief executive officer Mukwandi Chibesakunda said mentorship adds value and creates a difference to having a great education.
Mrs Chibesakunda said the organisation believes in a multi-sectoral approach in fighting GBV, hence the call to factor all important issues in the mentorship programme so that there is a society that will grow freely and happily, ultimately contributing to national development.
Sixteen Days of Activism Against GBV, running under the theme “Orange the world: Raising an equality-conscious generation against GBV”, is a campaign that runs from November 25 to December 10 with the hope to raise awareness about GBV as a human rights